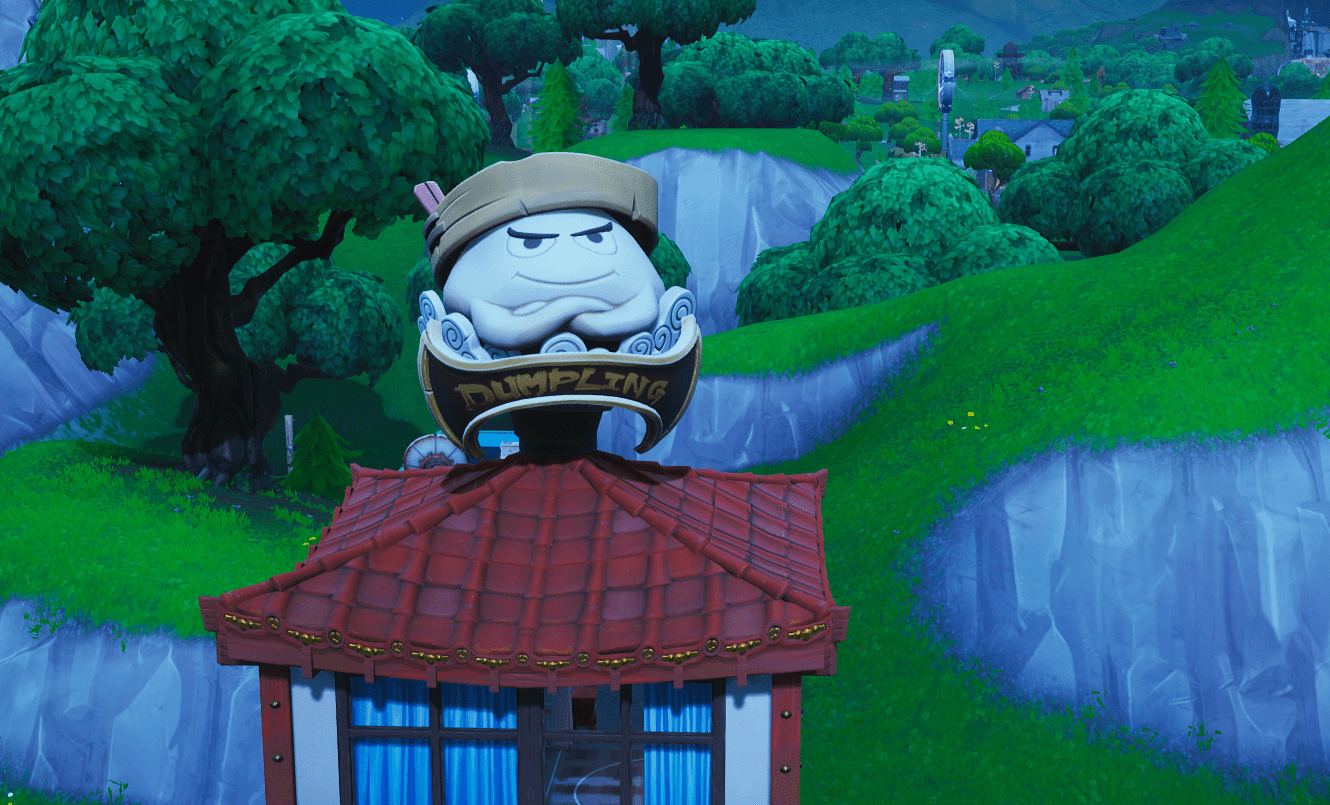 Here’s the location of where to dance on top of a giant Dumpling head for stage 3 of the week 4 dance challenge.

The giant Dumpling head is the most recent food mascot that was added to the game. Previously, there were two main food mascots, Durrr Burger and Tomato Head, both of which have their own skins in game.

In the v9.10 update, dataminers leaked a dumpling man head. The official name of the skin is Bao Bros, which will be an Epic skin with four different styles/variants. Here’s the skin below:

Here’s a location guide below:

Dance on top of a giant Dumpling head location

The giant Dumpling head can be located in Lucky Landing of one of the buildings. We’ve marked the location of the giant dumpling head below:

Remember, you simply need to dance on top of the head. The quickest way to complete this staged challenge is to land at the location, in this case, Lucky Landing, drop directly on the head, dance, and then kill yourself in-game and leave.

Here’s a video of the location of the food mascot head: