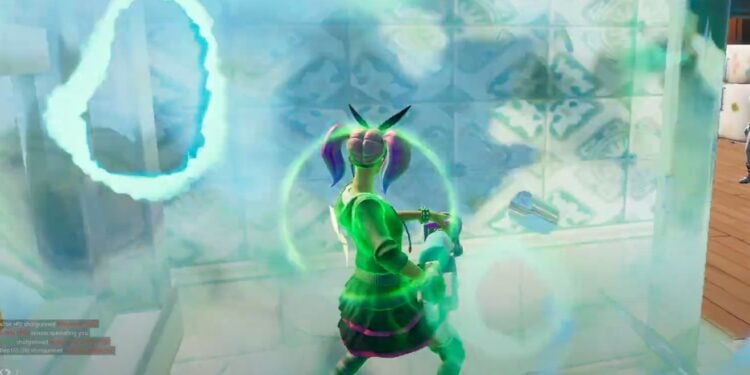 Here’s where to get the new Chug Cannon (Slurp Bazooka / Launcher) and the Burst Quad Launcher.

The Fortnite servers are back up after scheduled maintenance due to the release of the v15.30 update. It’s the first major update in three weeks. We had the v15.20 three weeks ago followed by the v15.21 update. Boths updates weren’t full of updates, but it’s better than nothing.

With the announcement of the update, the Fortnite status Twitter account posted what would be coming today. We have new creative assets, Mando’s Bounty LTM, and two new Exotic weapons. The news feed updated to display the two new exotic weapons, Chug Cannon and the Burst Quad Launcher.

The Chug Cannon (Slurp Launcher / Bazooka) and Burst Quad Launcher are now available in-game. Here’s where you can find them.

Where to get/find the Burst Quad Launcher in Fortnite

The Burst Quad Launcher costs 600 gold bars and deals 42 damage per rocket that hits a player. It has a magazine size of four and takes 5.4 seconds to reload.

Where to get the Chug Cannon (Slurp Bazooka) In Fortnite

The Chug Cannon can be found by purchasing it from Remedy, Like the Burst Quad Launcher, it will cost players 600 gold bars. The Remedy NPC can be found north east of Pleasant Park in a house. Here’s the exact location where you can find Remedy and purchase the Chug Cannon exotic weapon:

The Chug Cannon heals fifteen health. If the player already has full health, it’ll then provide players with fifteen shield. Like the Bandage Bazooka, it takes up two slots and you can use it five times before it needs to recharge before you can use it again.