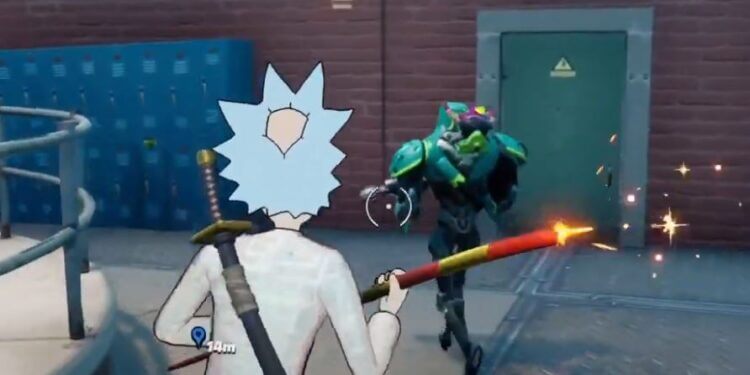 Dance Near Zyg and Choppy

Here’s where to find and dance near Zyg and Choppy in Fortnite chapter 2 season 7.

Although there wasn’t a major patch update yesterday for Fortnite, we did get a hotfix which introduced some new content to the game Alien Nanites were added and Holly Hedges has some visual changes along with a name change. The new named is called Holly Hatchery and you’ll need to visit the location for one of the week 5 legendary quests.

We also have two new NPC characters on the Fortnite chapter 2 season 7 map, Zyg and Choppy. They were mentioned in the patch notes. They’re wandering the island playing parasite eggs. They will drop their special ray gun if you eliminate them which is a more powerful version than the standard Kymera one.

One of the new legendary quests require players to dance near Zyg and Choppy. Here are their map locations where you’ll find them.

If you’ve been trying to get your hands on the special ray gun that Zyg and Choppy drop, you’ll already know the location where you’ll find them both. However, for those of you that don’t know, you can find Zyg and Choppy on the south side of the map at Hydro 16.

They’re in the large factory and you’ll usually find them on the bottom floor of the building. Here’s the location marked on the map:

We’d recommend trying to get a weapon before dancing near the new NPC in case other players drop with you from the Battle Bus.