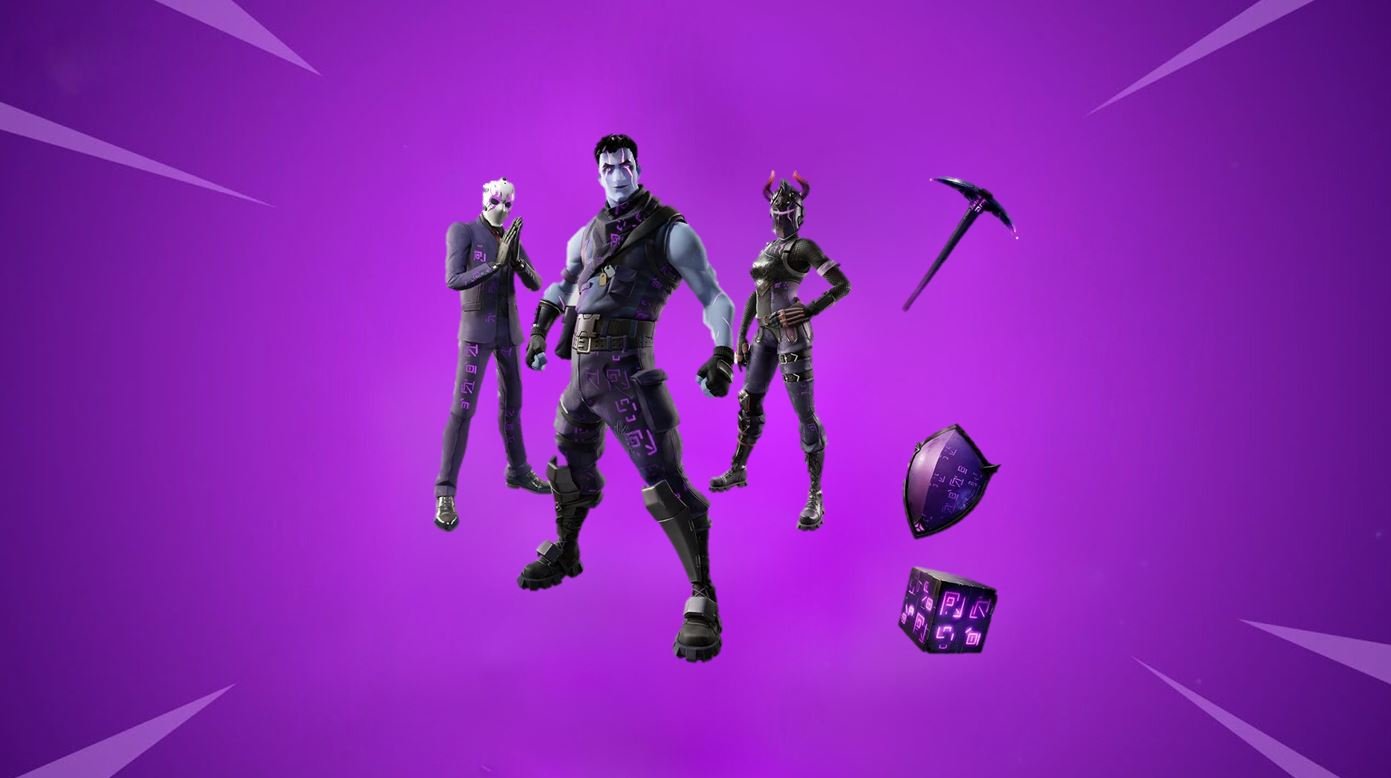 The Fortnite ‘Dark Legends’ bundle was unencrypted recently providing a better look at the cosmetics that’ll be included.

The Fortnite ‘Dark Legends’ bundle (not to be confused with the Darkfire bundle) was first leaked at the end of August. When it was leaked, dataminers could only get images of the cosmetics that’ll be included in the bundle in-game. The bundle has recently been unencrypted, so we now have a better look at the cosmetics along including two back blings and a pickaxe.

There’ll be three skins in the bundle, Dark Red Knight, Dark Jonesy and Dark Wild Card. Here’s the description and rarities thanks to FNBRLEAKS.

Dark Jonesy (Rare) – He has seen beyond the darkness…

The Dark Axe is labeled as an “Item Shop” cosmetic as it was originally planned for the shop, but was later put into the bundle according to dataminer iFireMonkey.

Here’s an in-game preview thanks to Hypex:

Although there’s no official release date for the Dark Legends bundle/pack, due to the fact this has been unencrypted today, we’ll likely see it available to purchase in the Fortnite store within the next few days. As always, we’ll keep you updated when it’s available to purchase.

The price of the Dark Legends bundle will likely follow the pricing of previous bundles. This is subject to change and we won’t know the price until it’s officially released.