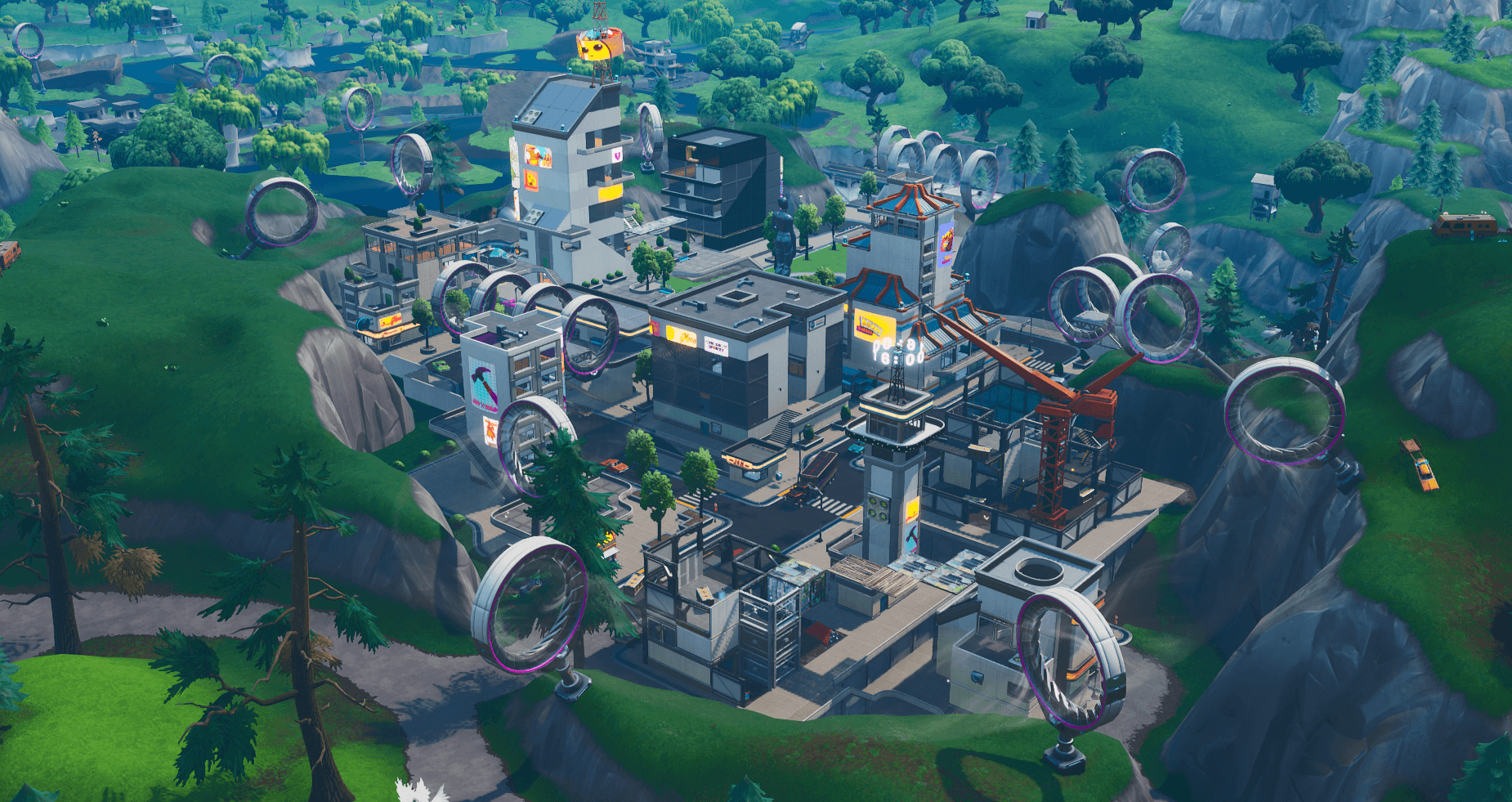 Here are all of the map changes that have taken place at the start of Season 9 in Fortnite Battle Royale.

Fortnite Season 9 has begun and there are quite a lot of changes that have been made to the map since last season. Epic had teased that Tilted Towers would be rebuilt, but it looks like it has been renamed as well to the name spelt out by the teasers leading up to the season release, ‘NEO’. Here is what the map looks now and we will go through the significant changes made in this update below.

Tilted Towers was completely destroyed in the Unvaulting Event at the end of Season 8, but Neo Tilted has arisen from its ashes and is definitely futuristic. The building are completely different, but the ‘Unlucky building’, the No Sweat Insurance building, which had miraculously survived the Volcanic rocks, is still standing and is now next to the Durrr Burger restaurant.

There’s also a statue that can be seen in Neo Tilted of a woman holding a helmet, which could be the same helmet seen on the table during the Unvaulting Event. It’s not clear at the moment what this means, but it could lead to a future event in Fortnite.

The clock that was very damaged after the event has been updated with a modern digital clock at the top.

The old clock has been transported to Junk Junction and it the old furniture that survived the volcanic explosion at Tilted Towers has been moved to the corner of the junkyard.

Retail Row was also affected by the volcanic rocks and was destroyed with one hit. Looks like Mega Mall has now replaced the POI and we can see the Pizza Pit rebuilt in the mall.

There is a Slipstream wind transportation system surrounding the new POI, which makes it quite easy to travel around. There is also an Easter egg in Mega Mall as one of the places in the mall is the Scoops Ahoy Ice Cream Parlor. For those that don’t know, this is a parlour that features in the popular Netflix Originals Series Stranger Things. The next season for Stanger Things will starting on 4th July so we may see a small collaboration, although nothing has been confirmed.

Further down, you can see that there are trucks that are making their way out of the plant. We could see them move in the next major update and they could be a part of the new Season 9 storyline. 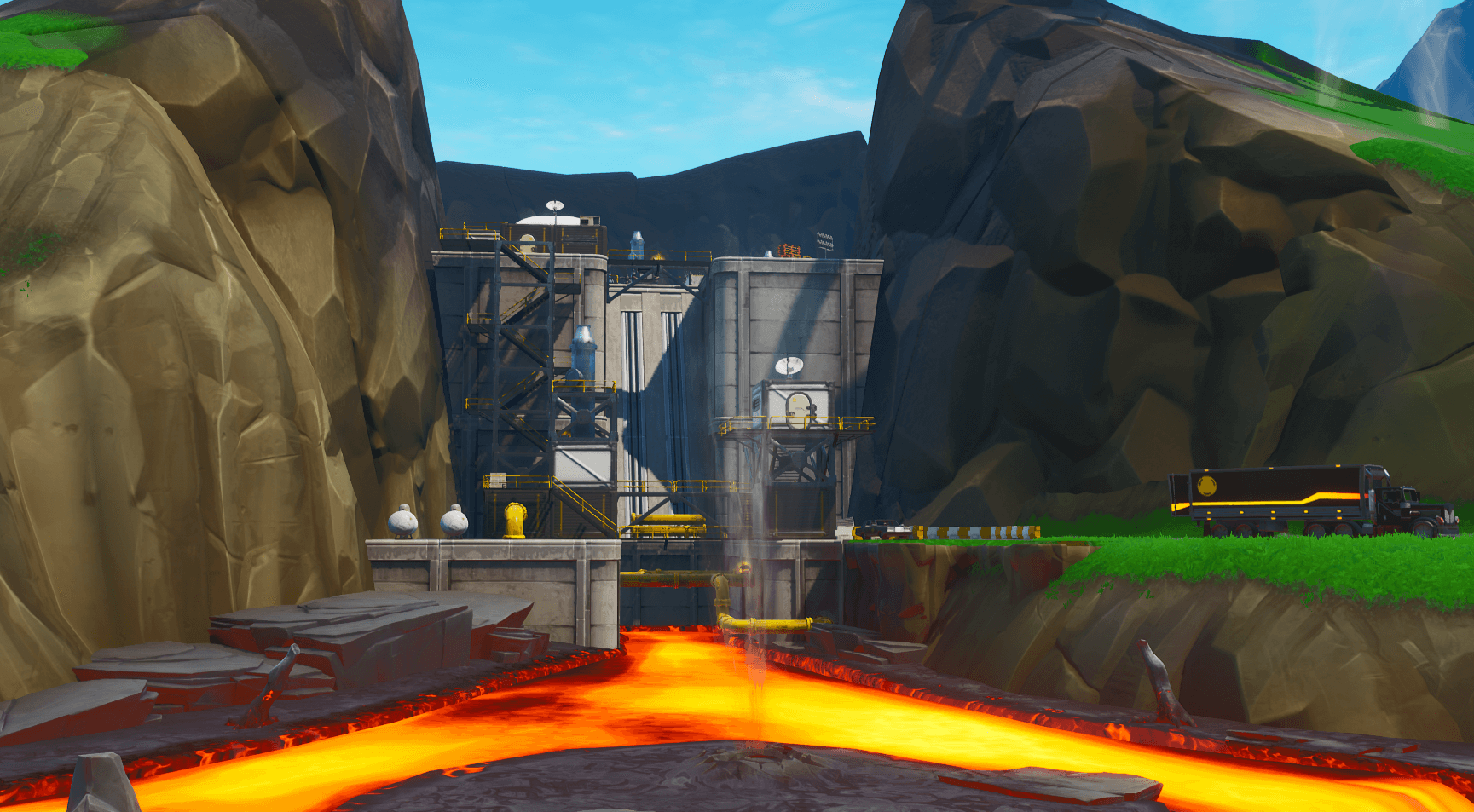 The vault is no longer active at Loot Lake, but it seem there has been some development at this POI. The main change at Loot Lake is that there is a massive pipe that goes from the vault all the way to Neo Towers, which could mean that the lake is now powering Neo Tilted. There is also a truck there, similar to the ones that we have seen leaving the Pressure Plant, so it seems the volcano is somehow powering the vault, which is supplying power to Neo Tilted.

There are seven new Sky Platforms that have been added to the map in this season and one of the challenges for Season 9, Week 1 is to visit all of the Sky Platforms. Here are all the locations for the platform to help you complete the challenge.

Similar to the Sky Platforms, there are now windmills located in the northwest area of the map. There are ziplines that come to and from the windmills and they will no doubt feature in at least one of the weekly challenges for this season.

Fish Structure at the Hot Springs

Epic have added new animal structures coming into new seasons in the past and this season is no different. A fish structure has been added to the Fortnite map in the Hot Springs, which is located north-east of Lazy Lagoon.

The Block has been updated to feature MakaMakes_YT’s block.

The Starter Island players start on before getting into a match has also been changed. Here is what it looks like now.

What do you like about the new and improved Fortnite Season 9 map?