All ‘Frozen Legends’ Leaked Fortnite Skins and Back Blings 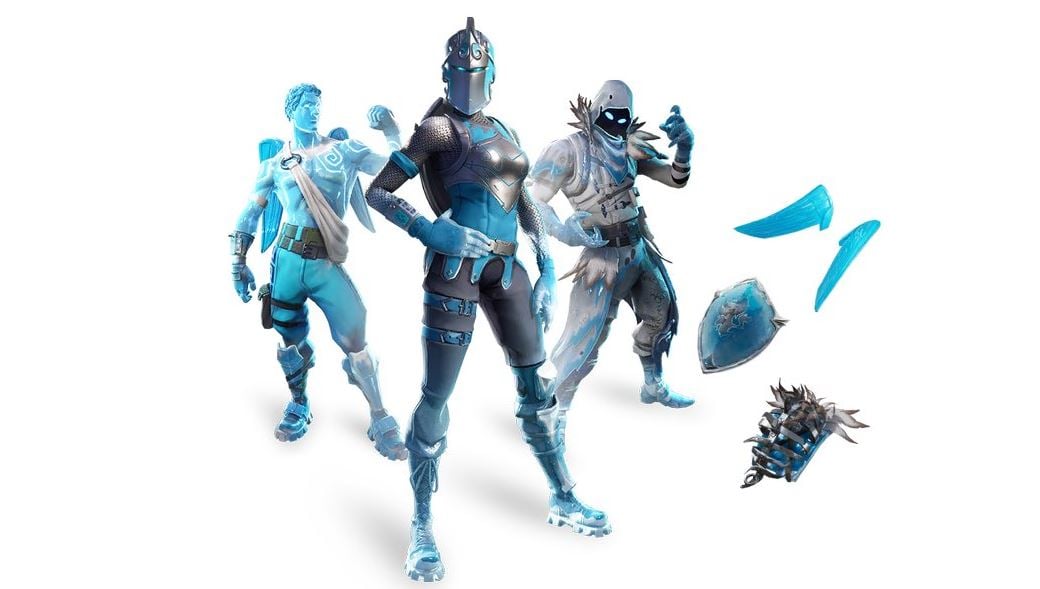 The ‘Frozen Legends’ Fortnite skins were leaked early today when v7.10 was released. The Back Blings for two of these skins have also been leaked.

The first leak of the ‘Frozen Legends’ skins came a couple of weeks ago when data-miners found files of three skins that had “winter” next to the name of the skin. Textures for the Love Ranger winter-themed skin was found, and multiple data-miners created a 3D visualization of what the skin would look like.

When the v7.10 Fortnite update released a few hours ago, data-miners checked the Fortnite API and found that there was information regarding a “Frozen Legends pack”. The description of the pack reads, “Stay frosty this season with the Frozen legends pack“. It also contains template ID’s for three skins, Raven winter, Red Knight winter and Cupid (Love Ranger) winter as well as three ID’s for Back Blings for the same skins.

The API information includes “RealMoney” as the currency type. This likely means that these skins will not be purchasable using V-Bucks, but will instead will need to be purchased similar to starter packs, using actual currency.

Here are the in-game images for the ‘Frozen Legends’ pack skins:

Here’s an image displaying all of the cosmetics that’ll be available in the Fortnite Frozen Legends pack:

As with all leaks, the information provided in the article can change at any time. It’s likely we’ll see this pack available soon, but we won’t find out the price of the pack until it’s released.