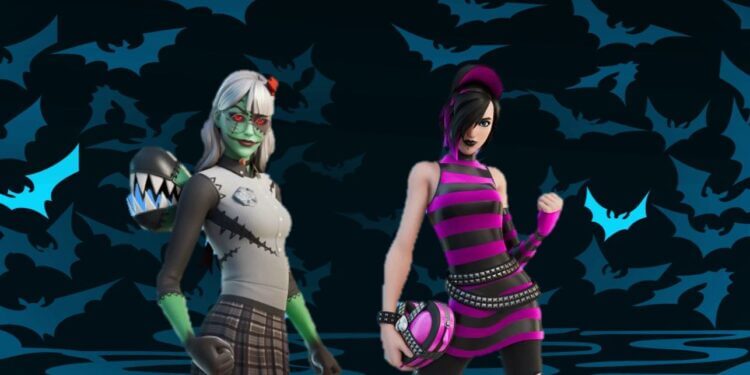 Here are all of the Leaked Fortnite Skins and other cosmetics found in the v18.20 update.

In most major updates for Fortnite Battle Royale, there are new files that are added to the game, which as you know can include new weapons or items, map changes, challenges and upcoming cosmetics. These cosmetics can include Fortnite Skins, Back Blings, Emotes, Pickaxes, Gliders, Wraps, Loading Screens, Music Packs and Sprays.

As we are fast approaching Halloween so we should see the release of the Fortnitemares event soon in the game, which usually has it’s own set of challenges and cosmetics as rewards. We will have to wait a couple of weeks for the release as it usually takes place on the last week of October but we have already seen the release of different Halloween themed Skins in the Item Shop already.

The majority of Skins have their own Back Blings which come with the Outfit upon purchase. Here are all of the leaked Back Blings from this update:

Gliders are not usually added in every update, but here are three Gliders that have been found and leaked from the v18.20 Fortnite update:

Here are all of the Pickaxes that have been leaked from this update.

There are three Wraps that have been leaked from the files. Wraps can be used on weapons and vehicles.

Here is a leaked Contrail that shows in the files as being an award for the Fortnitemares event this year.

Here are two loading Screens that have been leaked:

And here are a few Sprays that have been leaked: