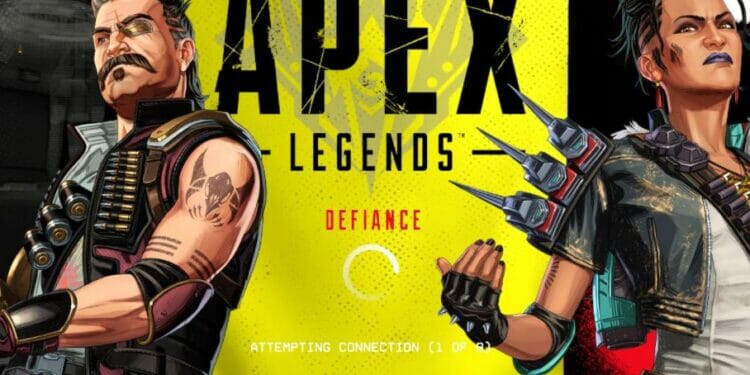 Here’s an update on the current state of the Apex Legends servers and whether they’re down on February 9, 2022.

Respawn released season 12 of Apex Legends yesterday with a brand new legend, Mad Maggie. Her passive will temporarily highlIght enemies you’ve damaged along with no movement speed when wielding any shotgun.

The tactical fire’s a drill that attaches to an obstacles and burns enemies on the other site, and the wrecking ball released a speed-boost pad that detonates near enemies. Alongside the new legend, there were changes to some of the current legends.

Crypto has received a buff while Caustic has been nerfed. Nox traps can now be destroyed even after they’ve been denoted with each gas barrel having 150hp, which can be hit to destroy them. The traps will also expire quicker than previously.

Other changes included hop up changes and weapon changes along with the addition of the control LTM, which currently has mixed reviews. Some players want the LTM to replace areas while other players are finding it boring.

Although we have a new season of Apex Legends, some things never change. The Apex servers have always had issues, and this season is no different. The servers were down with players claiming they couldn’t see unlocked legends and showing -9999 coins. 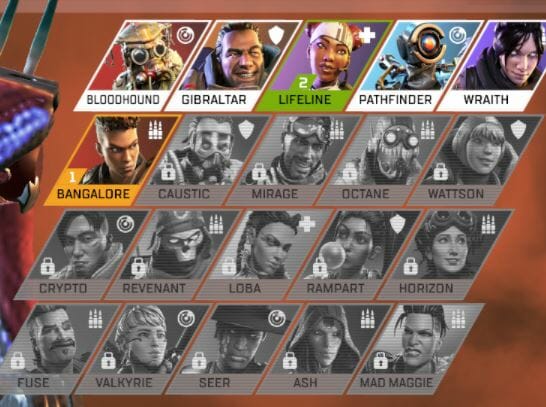 The issue was promptly addressed, but now the Apex servers are currently down on Feb 9, 2022. There are outage reports across all platforms, but we’ll keep you updated with the latest.

Update: Respawn have tweeted stating they are aware of the current issues players are seeing with currency balances, legend unlock and more. 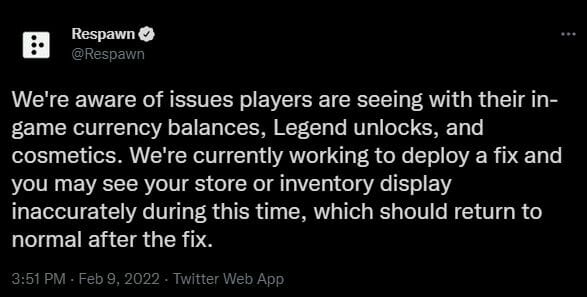