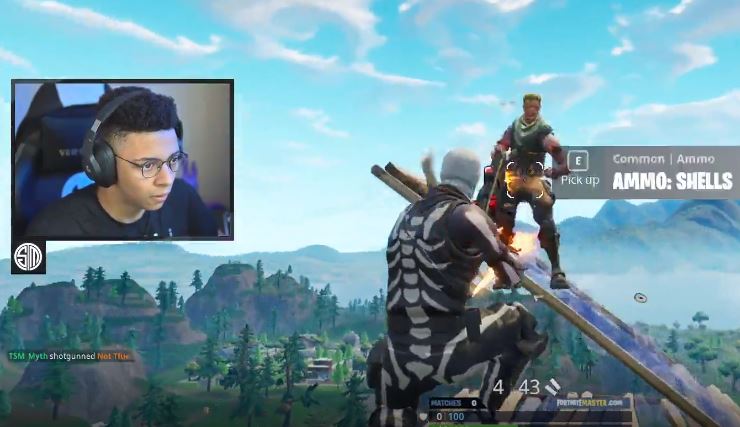 One of the beauties of the new Playground LTM is the ability to challenge friends to a 1v1, without having to worry about being interrupted by other players. It has also allowed some of the best Fortnite players to have fun, entertaining fights with each other. FaZe Tfue wanted his Twitter followers to tag people who they’d want to see him 1v1 in Playground mode and a number of them wanted to see him take on TSM Myth in a 1v1.

Tag some people who I should 1v1 in playground mode

Both Tfue and Myth are known for their building and editing skills and it was obvious that this would be one of the best building fights we’d see in Fortnite, and the end result did not disappoint.

On this occasion, it was Myth who came out on top, even though at one point it seemed as though Tfue was going to kill Myth as he had the upper ground and managed to get two shots on Myth, making his hp drop down to 44. Myth managed to escape before Tfue got any more shots and ended up killing Tfue, who had run out of materials and was unable to defend himself.

The Playground LTM has definitely allowed players to be more creative and to have battles with their friends, like the ones with Tfue and Myth. This mode is currently an LTM, which means it could be taken off the playlist at any time, and there has been no announcement as to if/when it will come back when it does get removed. Due to the popularity of the game mode, Epic will most likely bring it back with improvements.

We will keep you updated with any news on the Playground LTM, but until then, enjoy the mode and keep being creative!