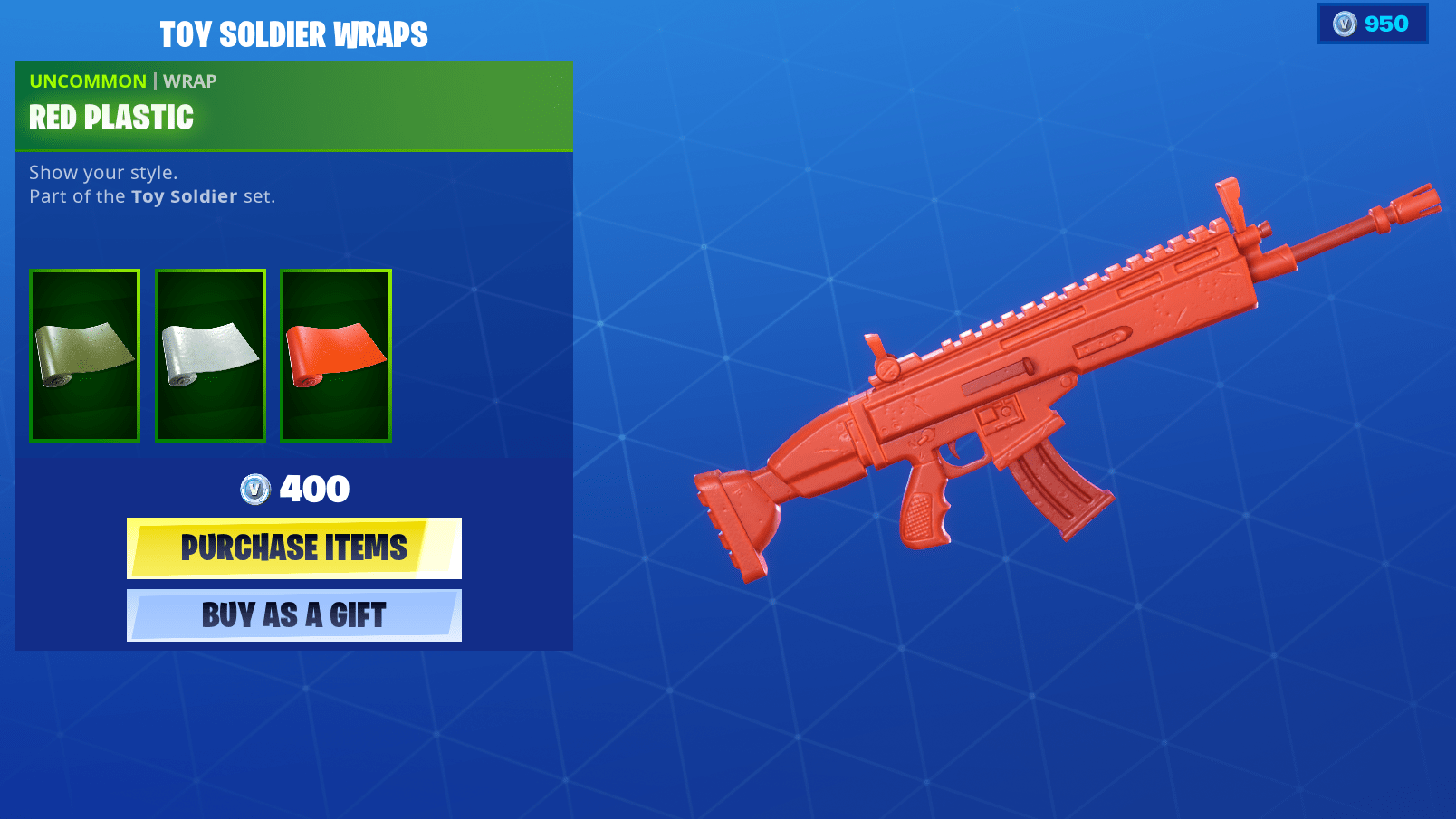 The Toy Solider Wrap Bundle is currently available to purchase in the Fortnite Item Shop, but previous owners of this bundle have not received the new Red Plastic Wrap.

There are new cosmetics that are released in Fortnite Battle Royale regularly and sometimes, these cosmetics are changed or improved if needed. The Toy Solider set has recently been available to purchase and it has returned to the Shop but in v10.10, changes were made to the full Toy Solider set.

In the v10.10 Fortnite Update, Epic had changed the Plastic Patroller Skin so that there would be mud smudges and the outline was made brighter as players who used this Skin had an unfair advantage as they are difficult to see. You can see what the Plastic Patroller looked like originally (on the left) and what it has been changed to (on the left) in the image below:

Epic had stated in the Patch Notes that players who has previously purchased this Skin would have the option to have it refunded, without a Refund Token being used.

“All players who previously purchased this Outfit will have the option to refund it without using a Refund Token if they choose to do so.
Note: This refund option will be available for 30 days, with the timer starting after your next login.”

They had also added a new red style in the v10.10 update for the Toy Solider set, which includes the Wrap Bundle. Players who had already purchased the Skins would have received a message upon login to show they were given the new red style.

Epic are aware that players who had purchased the Wrap previously are not being granted this style and are investigating the issue.

We are aware that the previous owners of the Toy Soldier Wraps bundle did not receive the new Red Plastic wrap. We are investigating and we will update you when we have more information.

We will let you know when this issue is resolved and if Epic will be issuing any compensation for players affected.

Do you like the changes that were made to the Toy Soldier set or did you refund your Skin?Let us know in the comments section below.