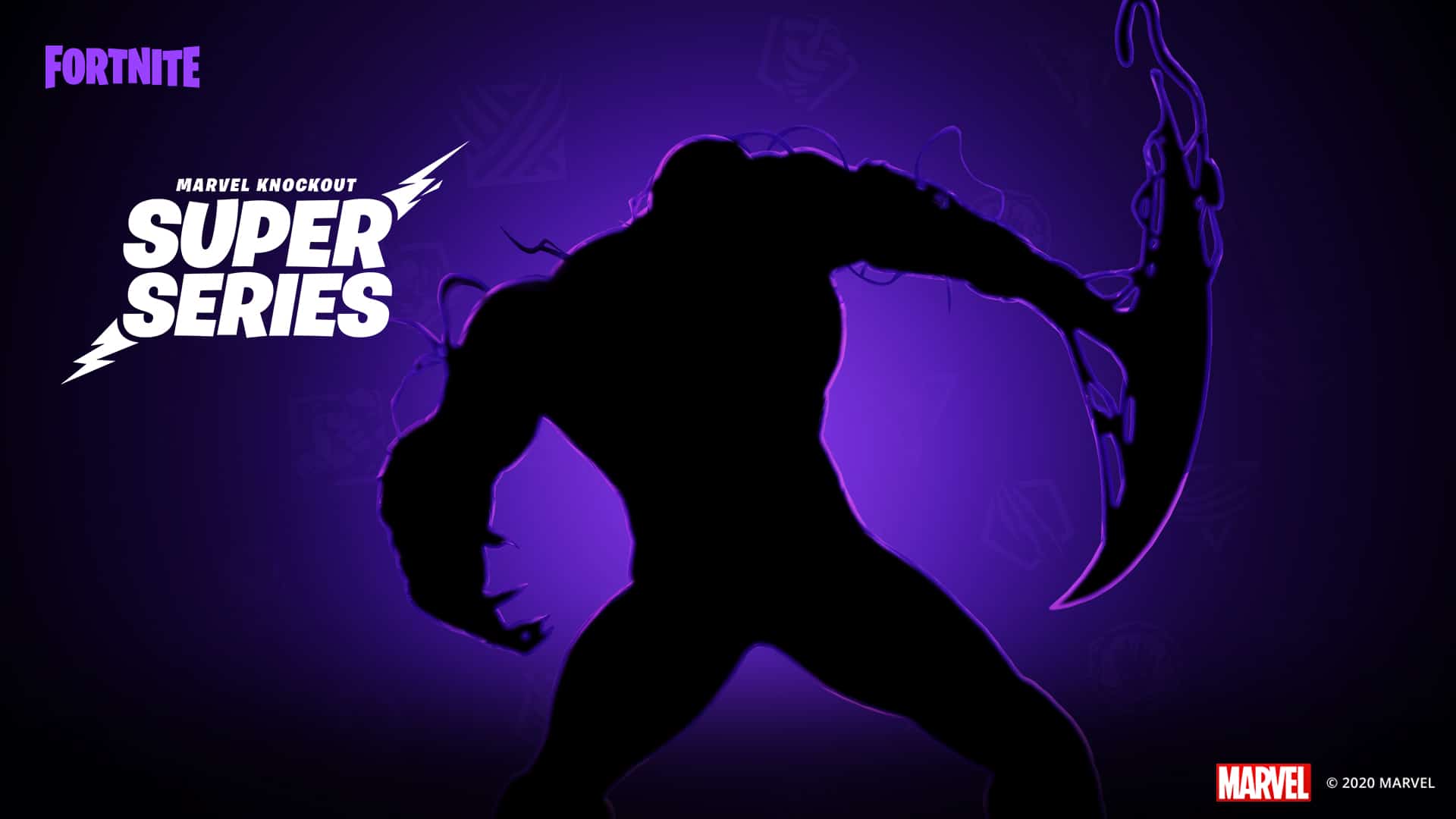 Epic tease the new Venom Skin coming to Fortnite soon and it will be the new cup Skin. Venom Skin available for free.

Fortnite Chapter 2, Season 4 has been completely based on the Marvel characters coming to the game and with this collaboration, we have seen many new Marvel Skins added to the Item Shop for players to purchase with V-Bucks.

Epic had also announced that there would be four cups in the Marvel Knockout Super Series, where players would be able to compete for the chance to get certain Marvel Skins for free and have it earlier than other players. So far, we have had the Daredevil, Ghost Rider and Black Widow Cups and Epic have just teased the final one.

Epic have just posted the following image across all their social media to tease the new Marvel Skin for the last cup:

This appears to show that the last cup will be for the Venom Skin, although no official announcement of the cup has yet been made. Leaks do suggest that it will be Venom, but there are some fans that think it could be Riot, who is Venom’s enemy.

Even though the official rules for this cup have not been announced as yet, the winner of each region will receive the Cup Skin and the whole set for free and have access to it before it is available in the Item Shop for other players to purchase.

It is pretty much confirmed that there will be an update tomorrow, but again, this has not been announced by Epic themselves as yet. We will of course be keeping you posted with all the latest Fortnite news, so be sure to turn website notifications on so you don’t miss a thing!