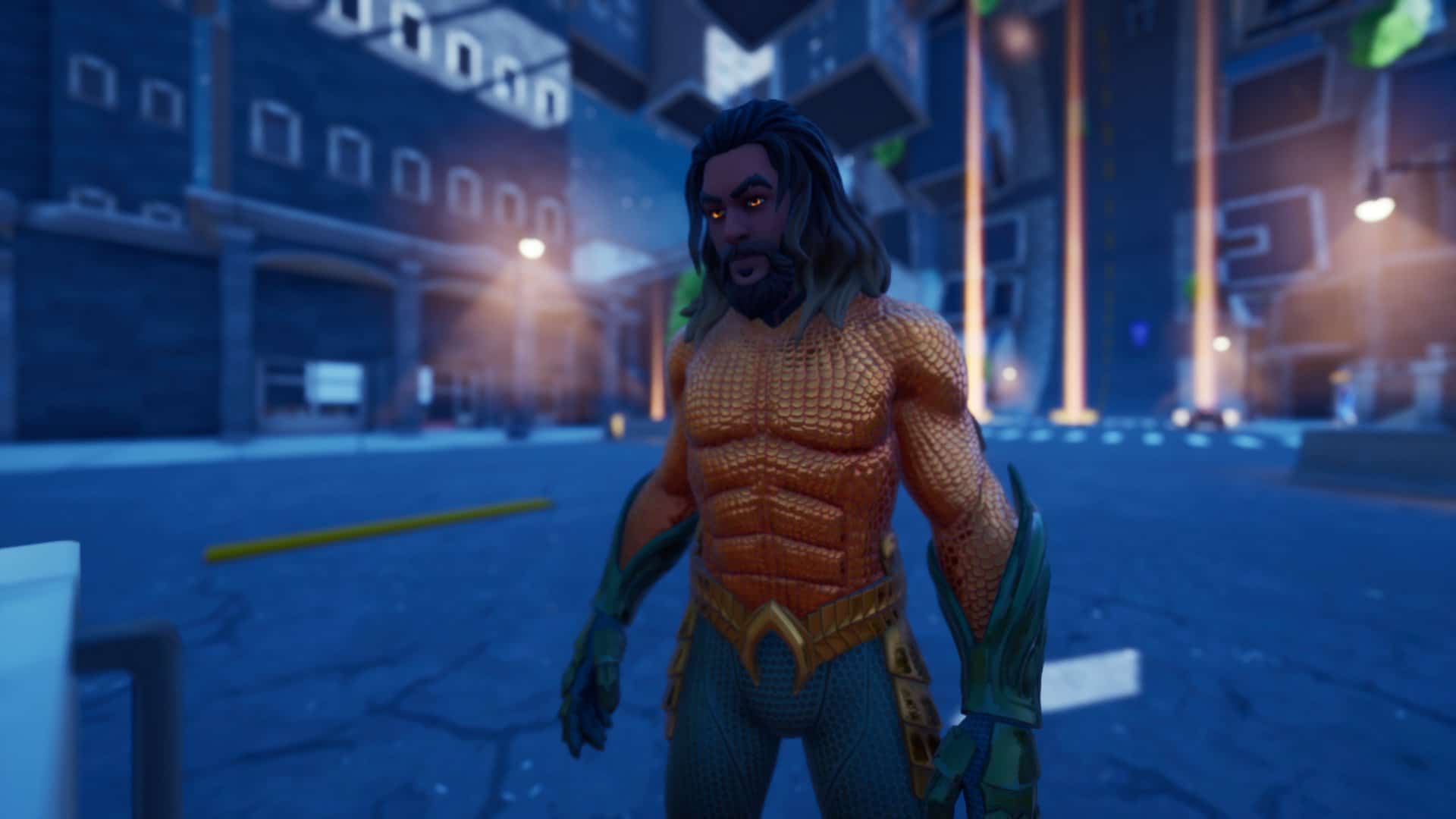 Here’s the week 3 Fortnite challenge and reward for Aquaman.

It’s week 3 of Fortnite Battle Royale which means there’s a set of new challenges. There’s a total of 8 challenges for players to complete instead of the 7 we’ve had in the first two weeks of challenges.

There’s a new Aquaman challenge and reward for players to complete too. In the v13.20 Fortnite update, Epic decided to change the order of rewards for Aquaman for some reason.

Originally, players would have been able to get the Aquaman’s Trident Pickaxe after completing this weeks (week 3) challenge. However, players can’t get their hands on it under week 5, which was when the Aquaman skin was supposed to be unlocked.

We don’t know for certain when players will be able to unlock the Aquaman skin after these changes by Epic, but it’s likely it’ll be week 7 similar to the Deadpool skin. With the Trident pickaxe available in week 5, the shell back bling will likely be the week 6 reward and the skin as the week 7 reward. However, we won’t know for sure until the next major update in two weeks time.

As mentioned above, players won’t be getting the Trident pickaxe today. Instead, players will need to settle for the Sea Shaka emoji that you’ll probably never use in any game of Fortnite. Here’s a look at the reward for those who are curious:

If you need help completing the week 3 challenges, feel free to check out the list of challenges where we’ve linked guides for the challenges that require it. Be sure to turn on website notifications so you don’t miss out on any of the latest news, leaks, challenge guides and more.