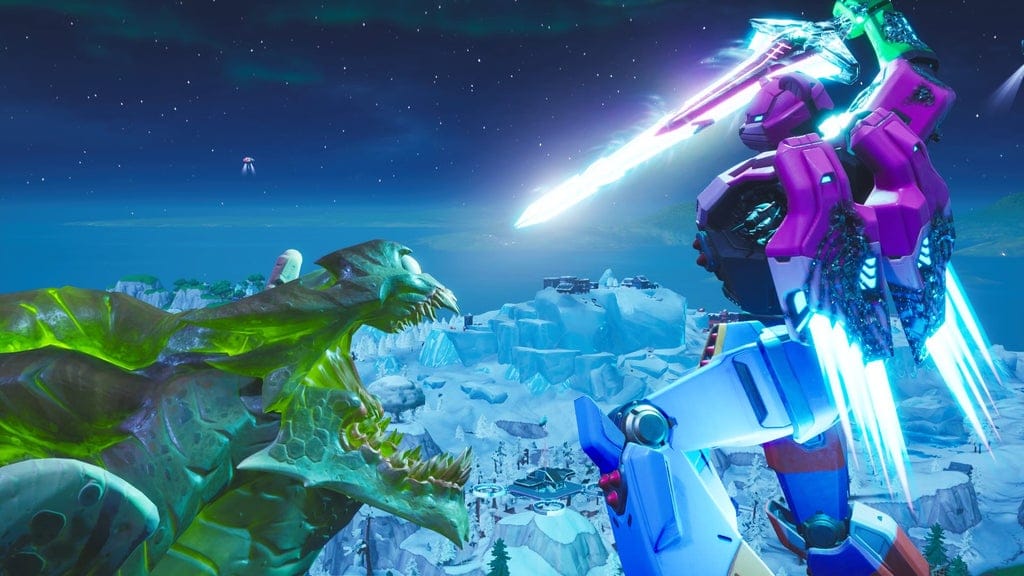 Here is a concept created by the Fortnite Community of how a Cattus and Doggus Pet could be added to the game.

Pets are a type of cosmetic that were first added to Fortnite Battle Royale in the Season 6 Battle Pass. As with all other cosmetics, Pets do not actually do anything and are essentially a Back Bling, however Epic did add a new feature in the v8.40 Fortnite update where you can actually pet the Pets.

Reddit user sharktoofs has created a Pet for both Cattus and Doggus. Cattus and Doggus are the code names that were given to the Monster and the Mecha Robot in the Final Showdown Live Event and here are what both of the Pets look like:

These Pets are actually designed very well as it references where the Monster was found, in the ice berg at Polar Peak, and we can also see the reference to part of the castle that was stuck on the Monsters head. We saw the Robot being built at Pressure Plant throughout Season 9, which we can  also see referenced in the Pet.

Would you buy these Pets if they were available to purchase in the Item Shop? Let us know in the comments below.