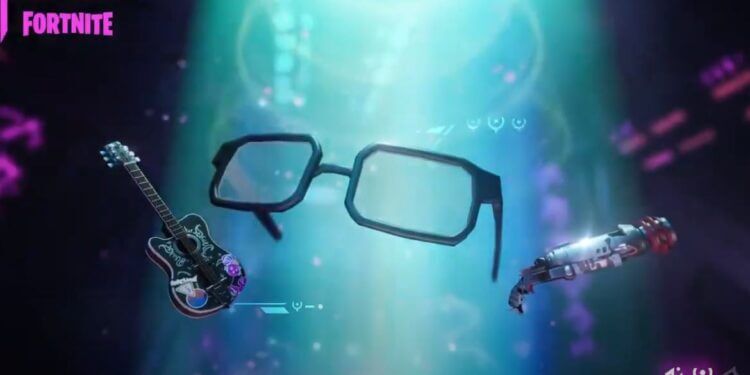 The Fortnite chapter 2 season 7 teaser image 2 has been revealed. We could be getting a new alien shotgun Fortnite weapon in the new season.

We’re just two days away from the launch of Fortnite chapter 2 season 7. Leaks suggest the gameplay in the new season will change drastically, but no other information from those that have inside information have been revealed.

What we do know is it’ll be alien-themed. Since the v16.50 update, the final major update of the season, we’ve seen UFO related posters and signs scattered around the map. This week, players have been getting abducted by aliens which spawns them at a random location on the map with full health and shield.

The caption posted on each social media platform was different. Each caption provided a hint at what these items in the teaser image are. For a breakdown on the first teaser image and their captions, check out our dedicated article here.

We always get more than one teaser image or video for a new season, but the symbols placed in the bottom right corner of the teaser suggests that there’s a total of three teasers before the release of season 7.

Epic Games have now posted the second teaser image which you can take a look at below along with the different captions.

Here’s a look at the Fortnite chapter 2 season 7 teaser image 2:

Twitter: “When placed onto the face this strange plastic device seemed to make us appear as unrecognizable.”

Based on the above captions, it looks like the glasses could be an item that changes the appearance of a player. The other two weapons/items including the guitar seem a little more difficult, however, the item on the right could be some kind of alien Fortnite shotgun weapon. Let us know your theories on the items in the season 7 teaser 2 image in the comments section below.