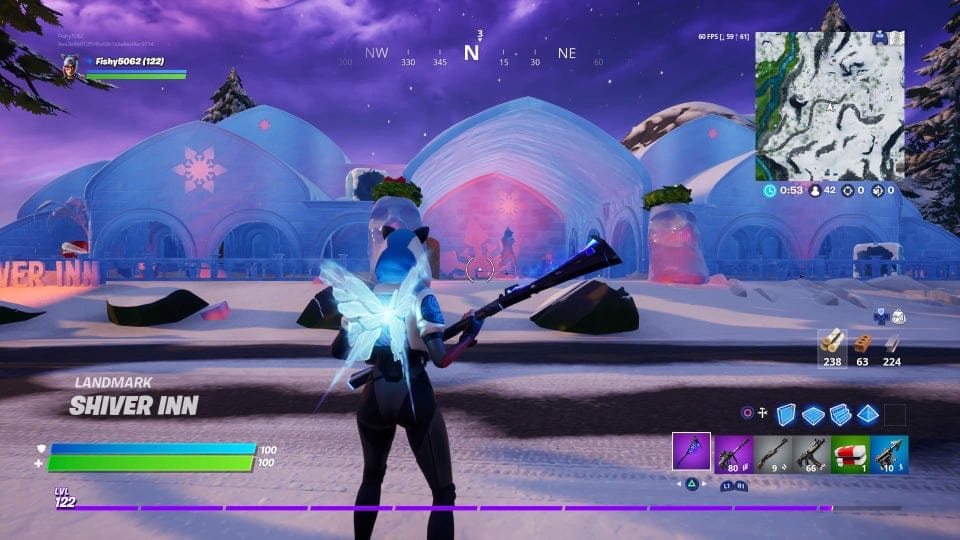 Here are all of the map changes that have been made in the v11.30 Fortnite update that took place earlier today.

For 10 whole seasons, Epic Games had managed to keep the same map in Fortnite Battle Royale, but they did try to keep it interesting by making map changes throughout the seasons. There were many new POIs that were added over the seasons and some were removed, and there were also some minor changes that were also made from week to week.

A brand new map was added at the start of this chapter and although a few old POIs were added on this map, it is completely new. There haven’t really been many map changes made this season so far, due to the fact that the map is new and no changes were really needed.

The v11.30 update did go live earlier today and there were many new files that were added and leaked by data-miners, including Fortnite Cosmetics, Loading Screens, Skin Styles and Challenges. In the downtime that took place for the update, data-miners had also leaked new buildings that would be added to the map and it was thought that they could have been added in later updates, but they have in fact been added now. Here are all of the map changes that have been made in the v11.30 update.

A new Landmark that have been added in v11.30 is called Shiver Inn and here is what it looks like, thanks to Reddit user fishy5062 for the image. If you look at the building in the middle, you will see that there is a sculpture of the Fishstick Skin.

Data-miners have already leaked a new bundle that will be released in the future, which will include the frozen Fishstick Fortnite Skin, which will look like the sculpture. There are two other Skins that will be available in the leaked bundle, Frozen Nog Ops and The Devourer, and you will find all the sculptures for these Skins in the same location. Here is what the sculptures look like, thanks to @gnafortnite:

Crackshots Cabin has been added to the map in this update and this can be found southwest of Frenzy Farm, east of the middle island. Here is what it looks like inside the cabin and you can see the exact location on the minimap, thanks to @gnafortnite:

A new Dance Club has been added to the map in this update and can be found southwest of Misty Meadows on the snowy mountain. Here is what it looks like in-game, thanks to @gnafortnite:

Another building that was added to the Fortnite map in today’s v11.30 update is the Gingerbread house which can be found east of weeping woods by a small snowy mountain. Here is what it looks like in-game, thanks to @gnafortnite:

Christmas bushes can also be found scattered all throughout the Fortnite map. Let us know if you have found any more map changes in the comments section below.