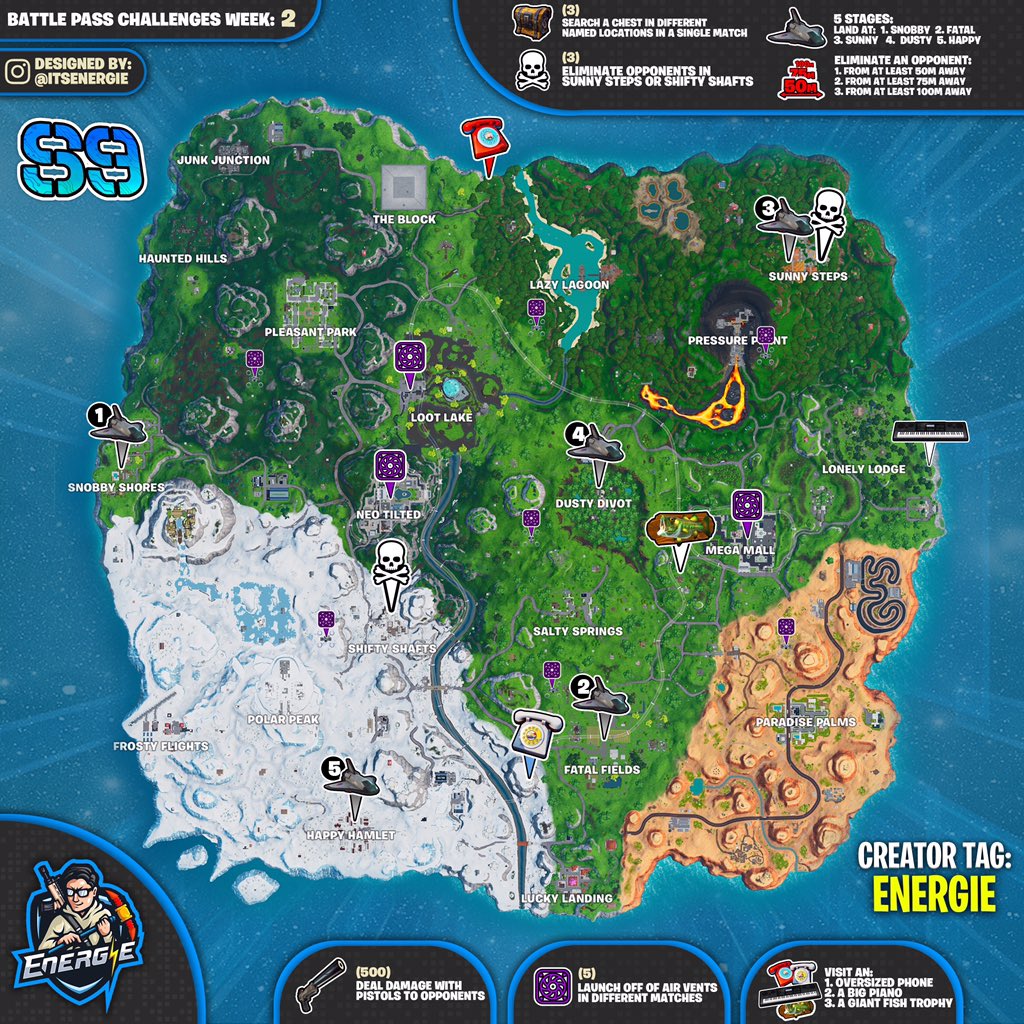 Struggling to complete the Fortnite Season 9, Week 2 challenges? Here’s a week 2 cheat sheet map to help you complete the challenges as quickly as possible.

The Fortnite Season 9, Week 2 challenges have been unlocked and are available to complete. Last season, challenges would unlock at 3:30 PM BST, however, today’s challenges were unlocked at 2 PM BST. Epic usually releases the challenges at this time, but for whatever reason Epic released them later this season. Just remember for the next set of challenges that they’ll unlock at 2 PM BST (9 AM ET).

In order to help you complete the Season 9 Week 2 challenges quicker, Fortnite content creator itsEnergie has created a cheat sheet map, which can be seen below:

As you can see from the week 2 cheat sheet, the locations of the oversized phone, big piano and giant fish trophy items that you need to visit have been makred on the map. These can be visited in any order as it’s not a staged challenge.

Upon completing 4 of the 7 available challenges, players will be rewarded with 5,000 season XP. Players will also be able to unlock Fortbyte 39 by completing any 6 challenges from week 2.

Here are all of the Fortnite Season 9, Week 2 challenges: