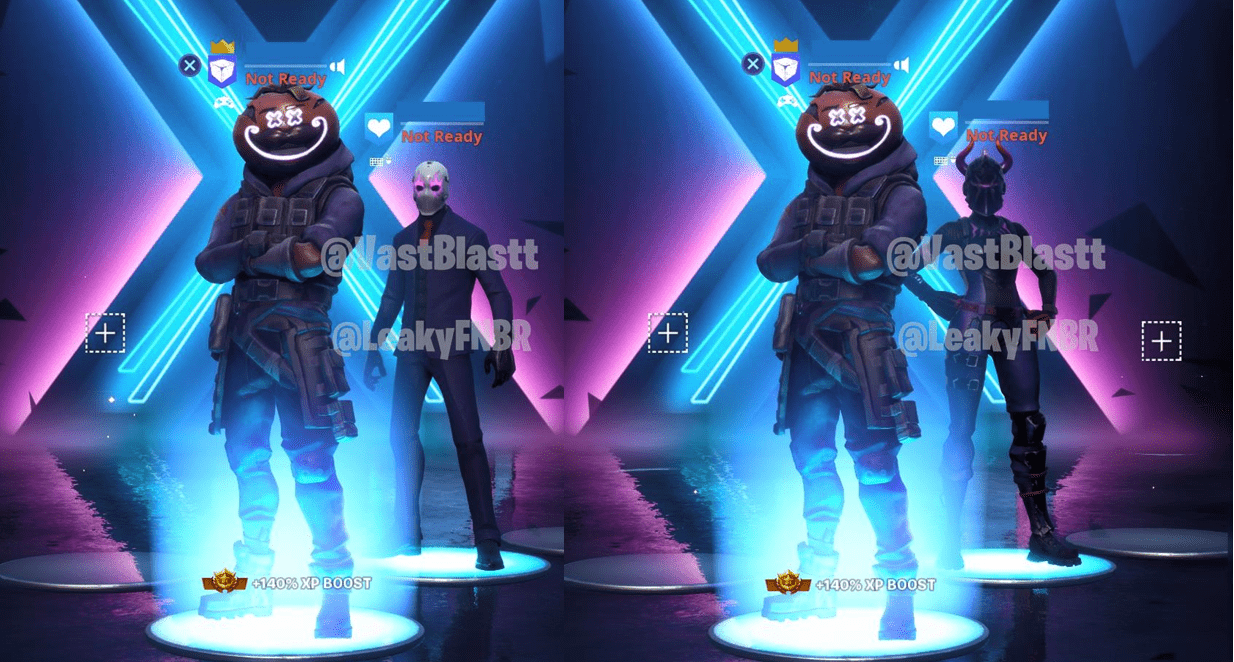 Data-miners have managed to leak the Dark Legends Bundle Fortnite Cosmetic Set in-game. Here are what the three Skins and a Pickaxe look like in-game.

Epic update Fortnite on a weekly basis and every bi-weekly update requires some downtime for new files to be added to the game. These files can include upcoming items/weapons, Loading Screens for Limited Time Missions, and cosmetics to name a few.

The v10.20 Fortnite update is the last update to go live at the time of writing and in this update, there were many new cosmetics that were leaked by data-miners, all of which can be seen here. Data-miners did mention that there were some files that are encrypted and would not be easy to leak.

Data-miners had found files which showed that there would be a Dark Legends pack, which currently shows that it will contain three Skins, one Back Bling and a Pickaxe. Leakers @VastBlastt & @LeakyFNBR have managed to leak the Skins, Pickaxe and Back Bling in-game, which can be seen below. Data-miner @s1l0x has also shown videos of these cosmetics in-game:

Wild Card’s mask will have textures of black/purple, but they aren’t available yet.

It is unlikely this set will be released before the v10.30 update and Epic will likely add two more Back Blings so there is one for each Skin. The only Back Bling mentioned with this set so far is the Dark Shield, which has been shown in-game in the image above.

What do you think about the Dark Legends Set? Let us know if you will be buying when it’s available in-store in the comments section below.