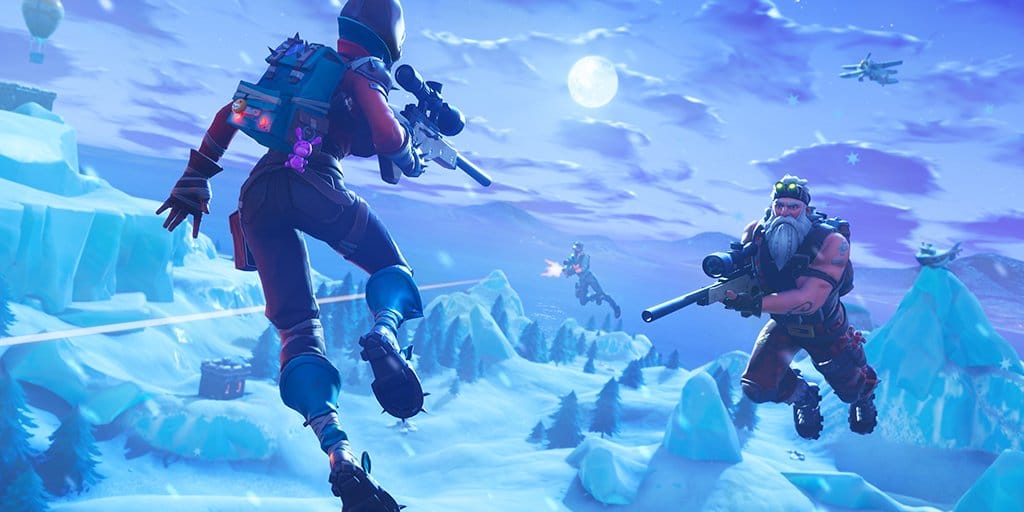 It’s Day 3 of the Fortnite Winterfest event. The Flint-Knock Pistol has been unvaulted for 24 hours.

A new day of the Winterfest Fortnite event begins at 2pm UTC. Yesterday, Epic unvaulted the Drum Gun as well as adding the Ground Game LTM back. Players were also able to unlock yet another challenge by searching the Holiday Stocking in the Winterfest Cabin.

The day 2 challenge was to stoke a campfire and the reward was an uncommon Christmas themed banner. Players could also unwrap another Fortnite present, and it appears as though you can give yourself a better chance at getting the cosmetic you want.

As given away by the name of the weapon, the Flint-Knock pistol is a pistol that comes in the common and uncommon variants. It was introduced into Battle Royale in the v8.11 update and was vaulted in the v11.00 update.

The pistol uses heavy bullets and has a headshot multiplayer of 2.0, but lacks first shot accuracy. It’s a high damage pistol which knocks back the wielder and the opponent if they’re close enough.

The weapon has one of the worse damage dropoff stats in comparison with all the other weapons in Fortnite. It’s lack of first shot accuracy means that the weapon is only useful at close ranger.

The One Shot LTM returns for 24 hours. The only weapons are sniper rifles in this LTM and health is limited to just 40. Fall damage is removed from this LTM due to the low gravity. The only health item you can find in One Shot are bandages, which are useless anyway with the 50 health cap.