Fortnite Fortbyte #23: Found between an RV campsite, a gas station, and a monstrous footprint 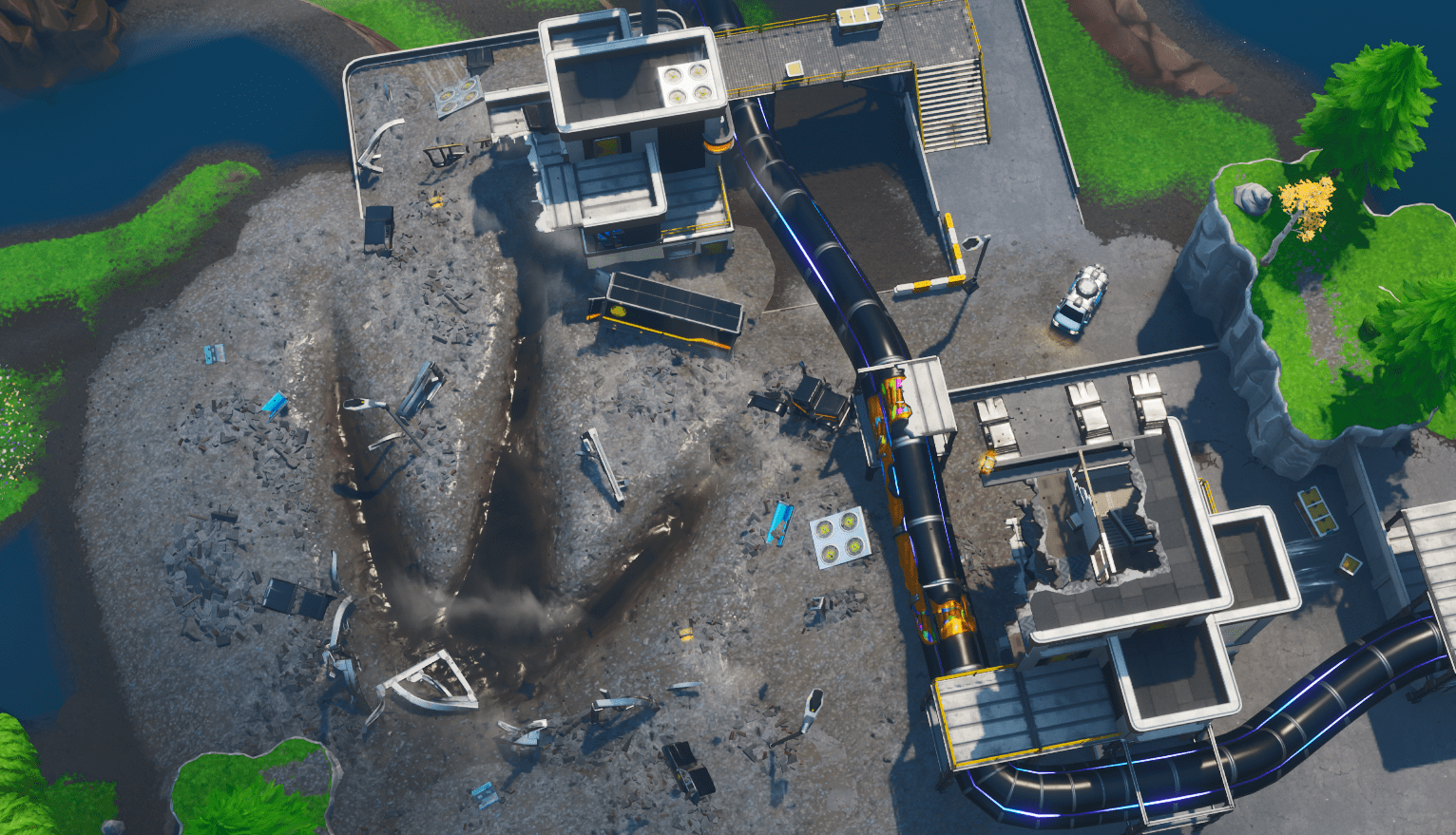 Today’s Fortbyte is Fortbyte #23 Found between an RV campsite, a gas station, and a monstrous footprint. Here’s the location where you can collect it.

Yesterday was the beginning on Week 10 of Season 9, and a new set of challenges were released, the final set of weekly challenges that’ll be released in Season 9. However, as the season is 12 weeks long, we’ll likely get 14 or more overtime challenges added in next week’s v9.40 Fortnite patch update.

Players are now able to unlock the Season 9 mystery/secret skin by collecting 90 Fortbytes. The mystery skin is Singularity, which has an additional two stages to unlock along with 5 different selectable styles for the skin. These skins can be unlocked by finding Singularity helmets found around the map.

Yesterday’s Fortbyte challenge required players to solve the pattern match puzzle outside a desert junkyard. Today’s Fortbyte along with a location guide can be seen below.

Fortbyte #23 Location Found between an RV campsite, a gas station, and a monstrous footprint

You’ll be able to find today’s Fortbyte found between an RV campsite, a gas station and a monstrous footprint.

The monstrous footprint was added to the Fortnite Battle Royale map when the monster in the iceberg at Polar Peak escaped.

The footprint can be found near Loot Lake, the RV Park is the one located north of Neo Tilted, and the gas station is the one near Neo Tilted.

There’s a mountain between all three locations provided, and you’ll find Fortbyte 23 on the hill next to a tree. Here’s the exact location of Fortbyte 23 thanks to Guille_GAG.