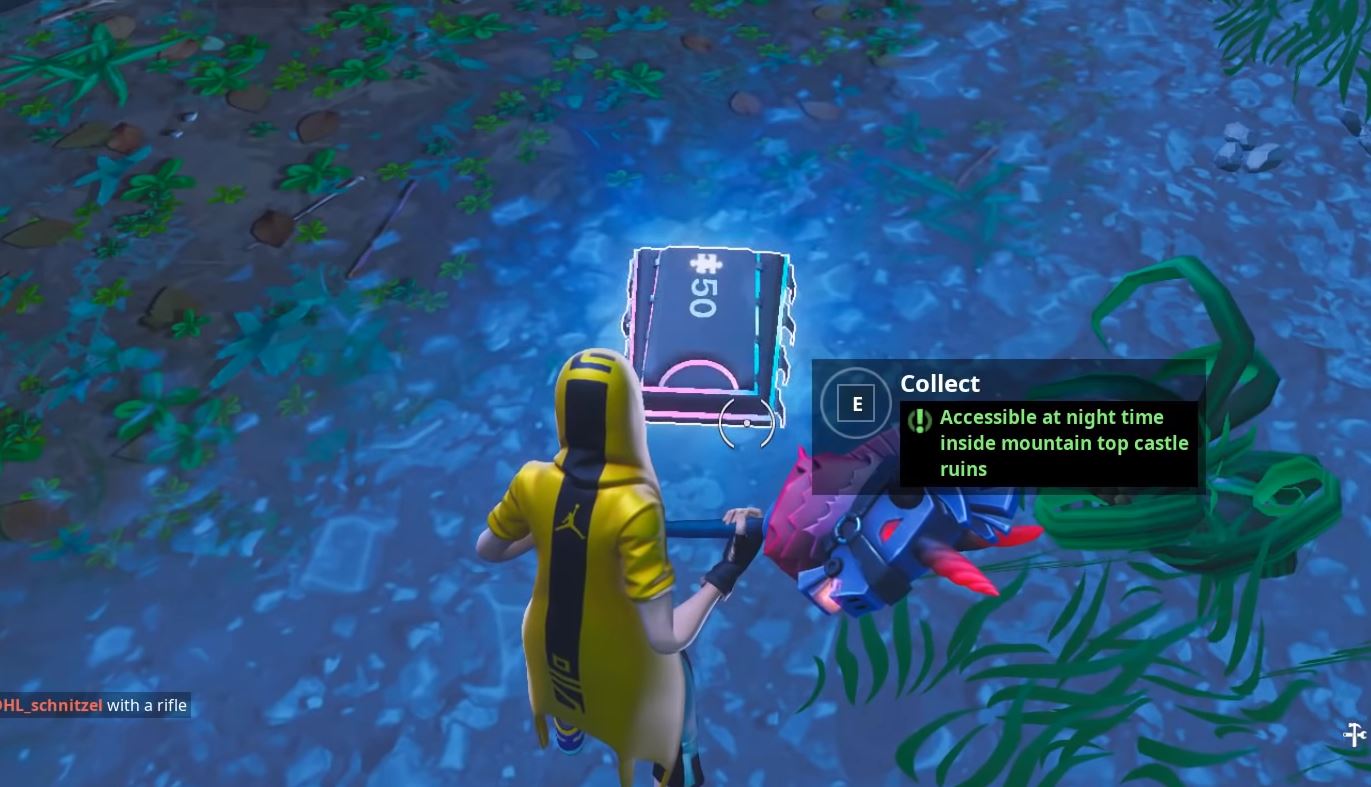 Fortnite Fortbyte #50 – Accessible at night time inside mountain top castle ruins has now been unlocked. Here’s the location of where to collect the Fortbyte.

Yesterday’s Fortbyte challenge was accessible by wearing the Kyo Pet Back Bling at the northern most point on the map. You can check out the location of that Fortbyte over here.

Remember, Fortbytes are vital to Season 9. New rewards are unlocked for the Battle Pass skins, and once players collect 90 Fortbytes, they’ll unlock the secret skin for this season.

As always, the location of the Fortbyte is provided in the name of the challenge. Fortbyte 50 can be found inside mountain top castle ruins and is accessible at night time. We’ve created a guide on how to complete this challenge.

The mountain top castle ruins can be found on the top of the mountain east of Haunted Hills. Here’s the location on the Fortnite map:

Here’s a video guide on the location of Fortbyte 50: