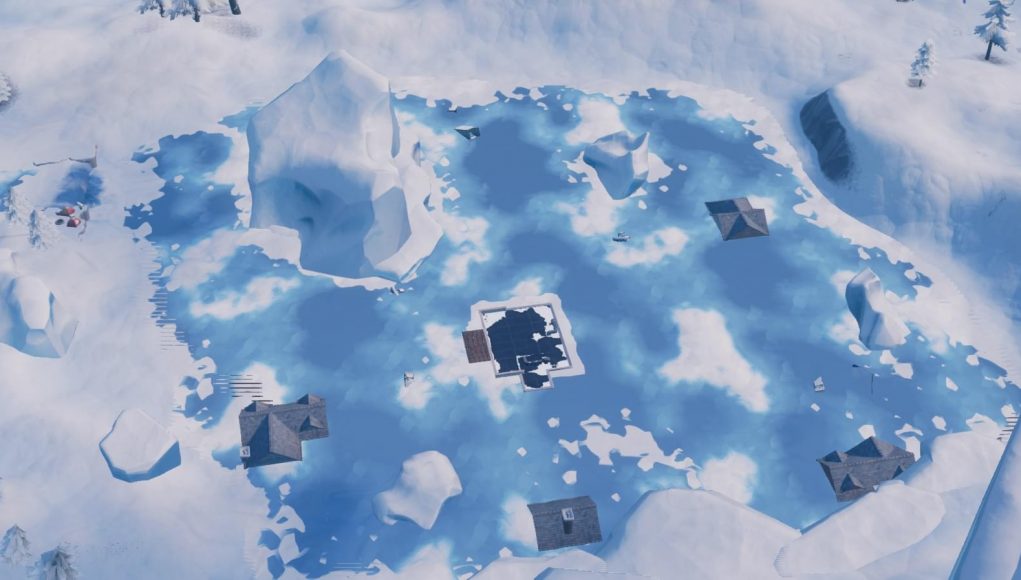 Today’s Fortbyte is Fortbyte 94 Accessible by using the Scarlet Scythe Pickaxe to smash a blue canoe under a frozen lake. Here’s the location of where to collect it.

We’re into week 10 of Fortnite season 9 and on Thursday, the final set of weekly challenges were released. It’s likely we’ll see overtime challenges added in next week’s update due to the season being 12 weeks long instead of the standard 10 week season.

We’ve not had a live event this season, but a countdown timer has appeared in-game, which is the countdown to the Season 9 live event. The event will take place on Saturday, 20th July at 7 PM BST. The event will likely heavily feature the robot being built at Pressure Plant and the monster that escaped the iceberg at Polar Peak earlier in the season.

There’s also not many Fortbytes left, and yesterday Epic released Fortbyte 23 found between an RV campsite, a gas station, and a monstrous footprint. Today’s Fortbyte and location guide can be found below.

The frozen lake can be found near Polar Peak and is the location where Greasy Grove was. You’ll find the blue canoe in the shop that goes under the frozen lake.

Thanks to Twitter user Guille_GAG, we have the exact location of Fortbyte 94:

We’ll have a video guide of the location up soon.