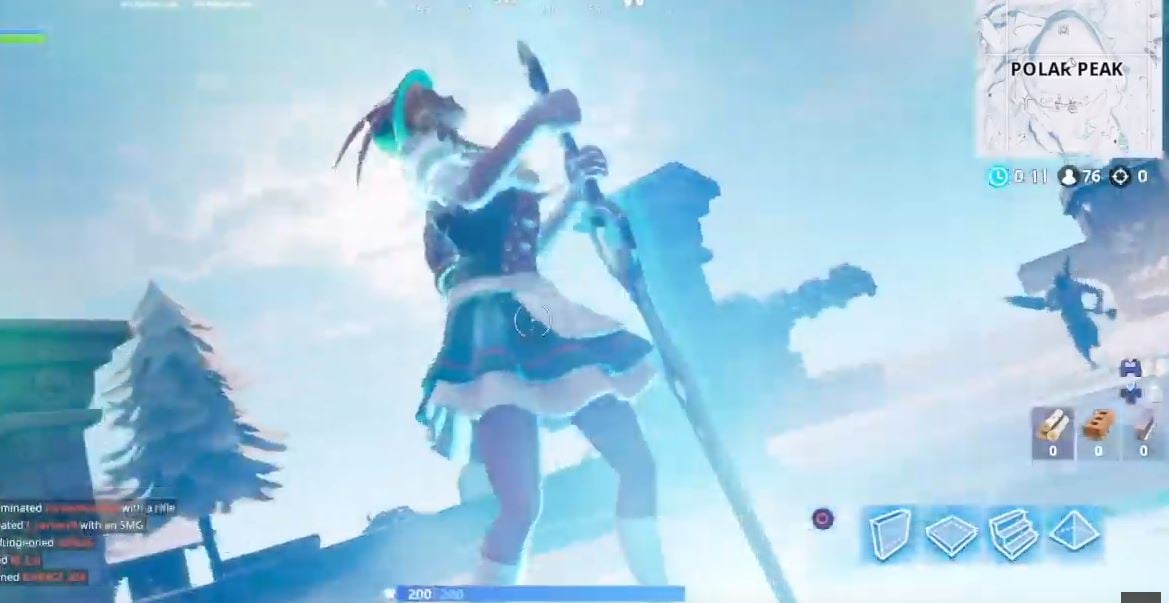 Epic Games have introduced a new mythic weapon in the v7.01 patch for Fortnite Battle Royale, the Infinity Blade.

Fortnite is updated on a weekly basis, where Epic add new items to the game in order to keep the game fresh as well as fixing any bugs that are found in previous updates. The latest addition to the game is the Infinity Blade, a mythic weapon that can be found at Polar Peaks.

The Infinity Blade have a primary fire that delivers a powerful sword slash that will destory structures in one blow, and deal 75 damage to players. An alternate fire grants players the ability to leap large distances and will destroy objects in its path. Upon landing, the Infinity Blade wielder will deliver damage of 25 to nearby players. Some of the other abilities of the Infinity Blade include an increased pool of max health and shield, faster movement and renerating health over time. Here are all of the abilities/features of the weapon that were listed in the v7.01 patch notes:

Here is footage of the Infinity blade in action: