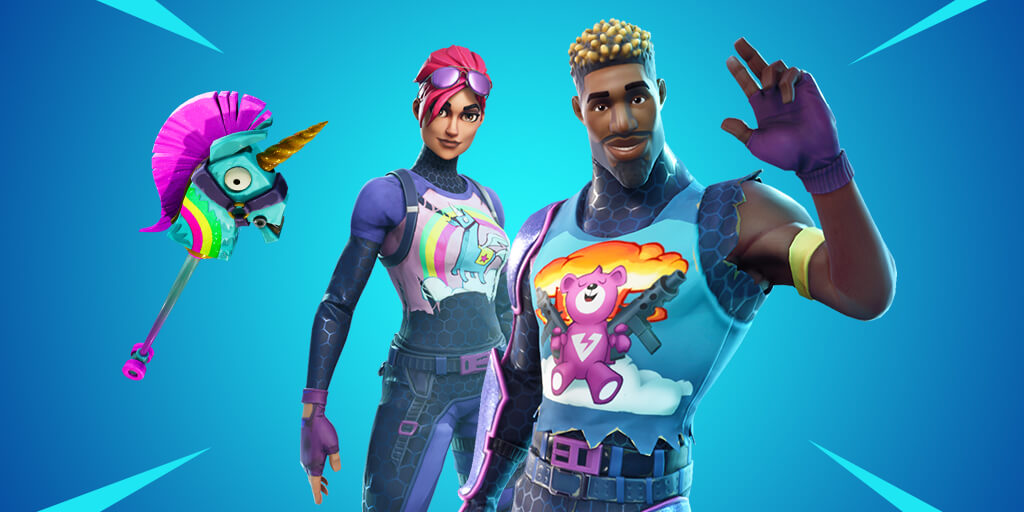 The Sunshine and Rainbows Set

The Fortnite Item Shop had reset to display new cosmetics for the 28th May, 2019. Today’s shop features a brand new emote, Glitter.

The Fortnite Item Shop resets each day to display new cosmetics. Epic usually release 1 or 2 new skins each week, which are usually leaked in patch/client updates by dataminers. In last weeks v9.10 update, dataminers leaked a bunch of new skins and other cosmetics.

So far, we’ve seen a couple of those leaked cosmetics make their way into the shop, however, there are a number of skins yet to be released, which you can see here.

Yesterday’s shop included the Doggo skin, which was one of the skins leaked in the v9.10 update. The Doggo skin was also featured on the week 3 loading screen for the Utopia challenge. The Doggo Skin also has the Chew Toy and Ruff that go along with it.

Other cosmetics in yesterday’s Item Shop include The Sanctum, Sunbird, Mezmer, Snorkel Ops and Rengade skins. One of the leaked emotes, Billy Bounce, was also available for sale. Here’s the Billy Bounce emote in action: