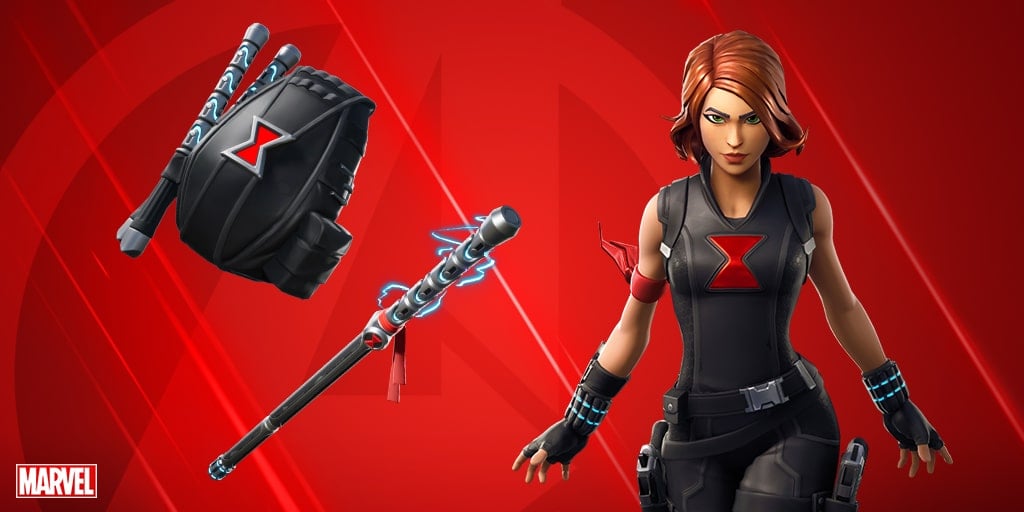 Epic Games have updated the Fortnite Item Shop for the 25th April (again). The shop features a Fortnite Avengers Skin, Black Widow, along with the Widow’s Bite Pickaxe and Widow’s Pirouette emote.

As with every patch update, dataminers leaked upcoming Fortnite skins and other cosmetics, one of which is an Avengers skin, Black Widow. The Black Widow skin also has a pickaxe, Widow’s Bite, and an emote, Widow’s Pirouette.

Although these skins were leaked, the in-game news feed was updated to announce these skins will be available in the Fortnite Item shop. Servers are slowly going back up, so you’ll be able to purchase these skins within the next few minutes.

These skins will likely be rare skins and won’t be available in the shop in the future.

What are your thoughts on the Fortnite Black Widow Marvel Avengers skin? Let us know in the comments section below!