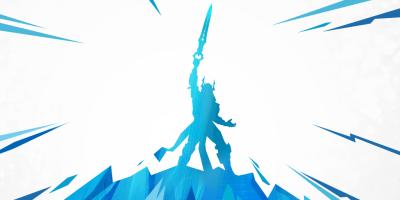 With $1 million on the line, players were grinding in order to quality for the Winter Royale with players such as Tfue and Cloakzy missing out. Yesterday, Epic released v7.01, the first update of the season which introduced the Infinity Blade, an item with similarities to the Infinity Gauntlet that was featured in it’s own LTM.

With a massive tournament on the same day of the swords release, it created a huge problem due to the tournament scoring system relying heavily on players getting kills, and the Infinity Blade provides an enormous advantage.

One of the pro players in the tournament, Psalm, used the sword late and went on a killing spree:

The Infinity Blade wasn’t the only issue, the newly added X-4 Stormwing Plane also dramatically changed the game, and players who qualified, did so prior to planes being added.

As a whole, there was a lot of backlash from qualified players, with Ninja, someone who has a working relationship with Epic, also criticizing the game on his stream:

Can't believe I put my full time into fortnite and they pull 2 updates before a major tournament. Huge loss of respect for @FortniteGame IDC what I've made in the past, a fucking sword, airplanes that dont shoot eachother and target players without them.

Other pro players mocked the fact the Infinity Blade was allowed in competitive Fortnite:

It’ll be interesting to see whether Epc decide to nerf the sword or place it in it’s own LTM.