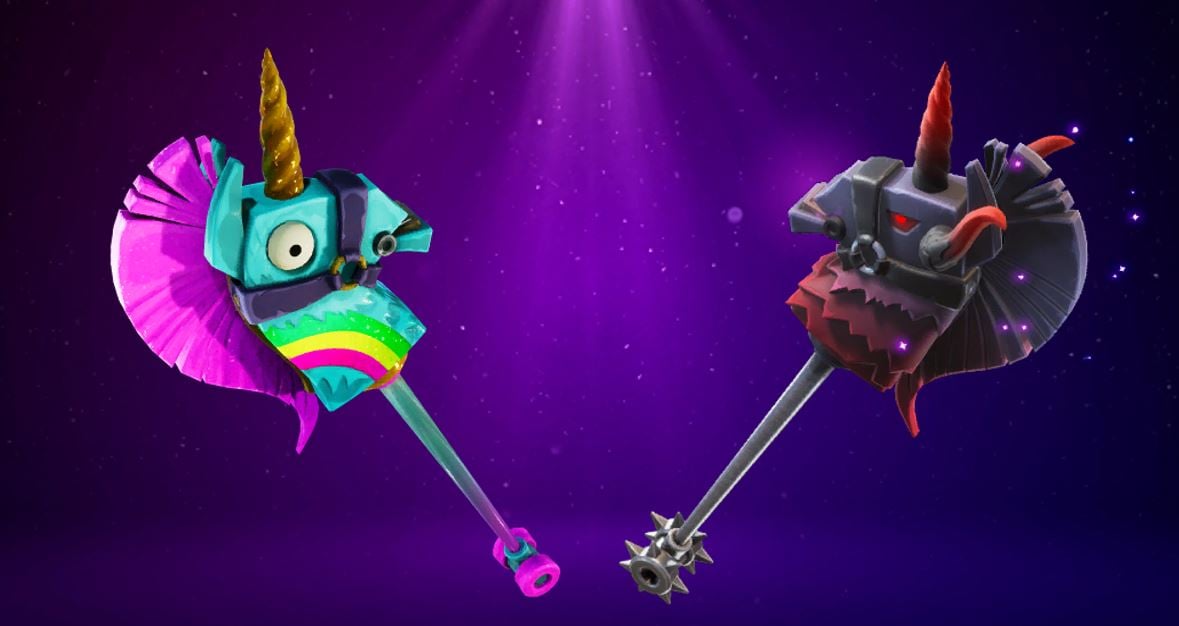 The Dark Bomber outfit has finally appeared in the Fortnite Item Shop after much speculation as to how it would be introduced into Fortnite. It was previously leaked that there would be a Dark Bomber outfit and it was hinted at in the final loading screen of the Road Trip challenges, but the actually outfit itself was kept hidden by Epic from data-miners.

Both pickaxes are of Epic rarity, however, the Rainbow Smash is priced at 1,500 V-Bucks as opposed to the Thunder Crash at 1,200 V-Bucks. The Rainbow Smash pickaxe is interactive as the horn starts to glow after a couple of kills and grows when players get even more kills. This is actually the same for the Thunder Crash pickaxe, as can be seen below: 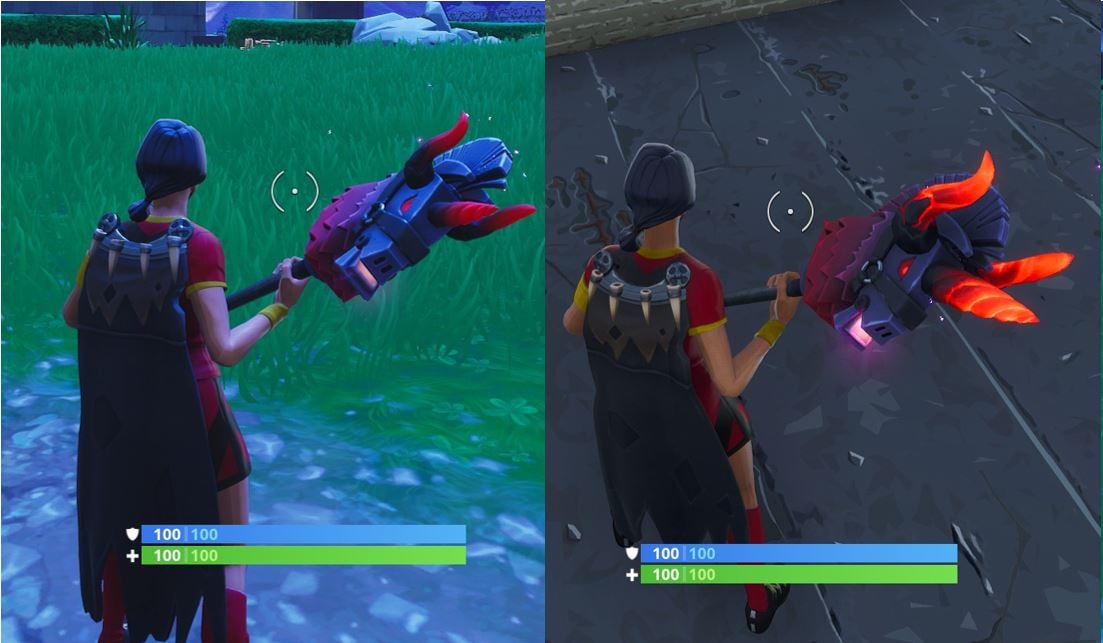 You can see the different changes the pickaxe makes per kill in the video posted on Reddit by u/TimSad below:

Thunder Crash’s horns light up at 1 kill and gradually grow in size until you hit 6 kills. from FortNiteBR

Which pickaxe do you think is better? Rainbow Smash or Thunder Crash?