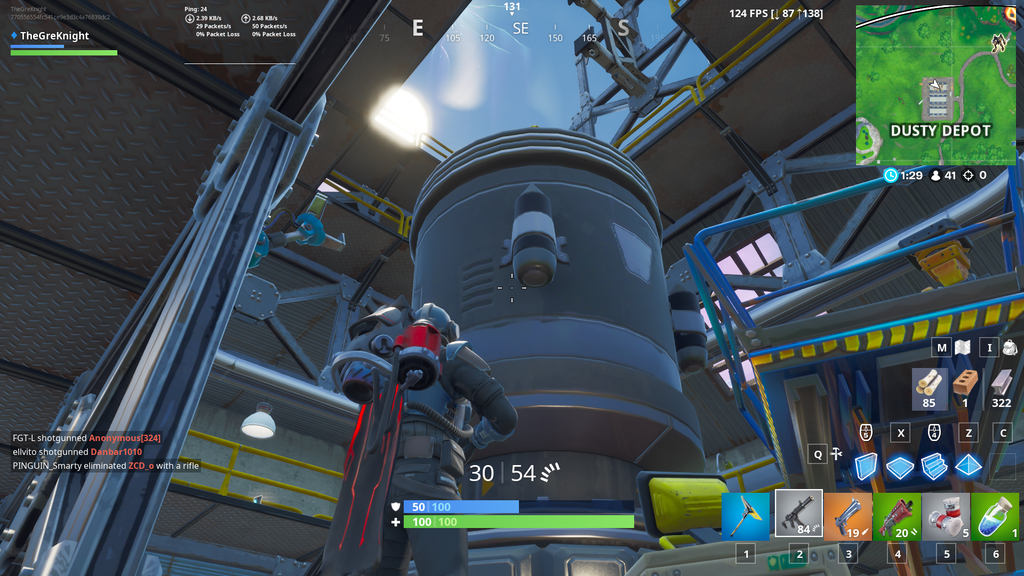 The Fortnite rocket being built at Dusty Depot is now at stage 3.

In last week’s v10.30 client update, Epic Games included a minor change to Dusty Depot. Scaffolding was added to one of the warehouses, and since the update, a rocket has slowly been built at the popular POI.

The very first in-game live event for Fortnite Battle Royale was the rocket launch in Season 4, and it seems like we’ll be getting a similar event this season.

Dataminers leaked what the rocket would look like once it’s been fully built, and although there’s currently no files that suggest we’ll be getting a rocket launch event, we’ll likely get one before the season ends. However, it’s possible the event could lead to a new Fortnite map in the future with dataminers leaking a number of new locations that were recently added to the Fortnite files.

As of writing, the rocket at Dusty Depot is currently on stage 3. Here’s what the progress looks like at the moment:

Work on the rocket began on the 15th September, which means it’s possible we could see a fully made rocket before the weekend. If that’s the case, we could expect a live event next week, which will be in week 8 of Season 10.