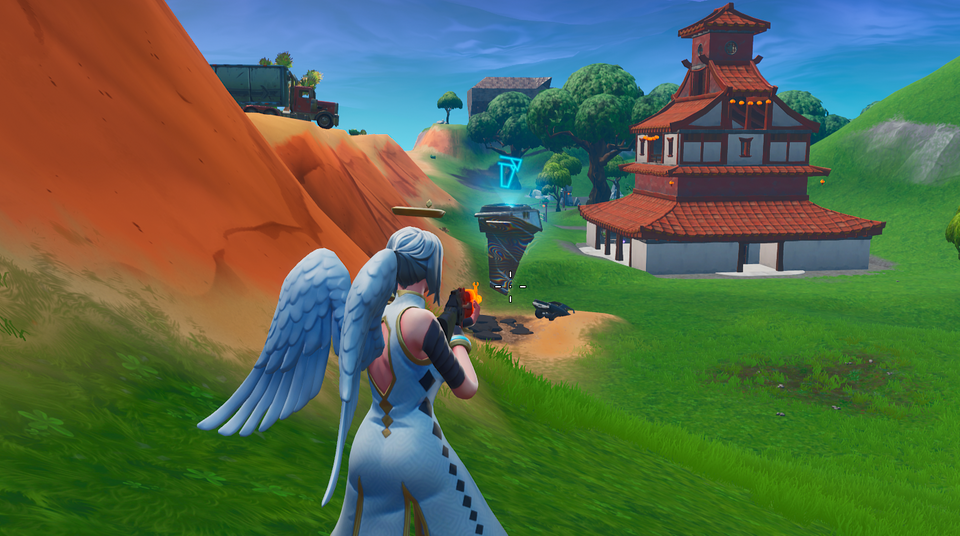 A rune has appeared near Fatal Fields and Lucky Landing and will move when it takes damage.

Runes were found in the v8.40 update by data-miners and the purpose of the runes were not clear. It was thought that the runes would appear at Loot Lake where the new metallic structure is as a bug had showed runes in that area. It seems as though a rune has been found near Fatal Fields and Lucky Landing and the platform the rune is on has a health bar.

The platform has a health bar, similar to the excavation/dig sites in this season however, this is slightly different as the platform moves after a certain amount of damage. Data-miner lucas7yoshi_ has stated that the platform/shield moves after every 100 million damage caused to it. You can see it moving below:

What i know so far
– Spawned 12:00 PM EST
– Every 100 million damage done to the shield moves it forward a bit
– Synched across all servers
– Pickaxe only i believe
– Some people get different runes

Heres a video of the first movement: pic.twitter.com/ARI0UVG8gO

The rune on top is actually different for different players. It could show any of the five runes that were previously leaked by data-miners. The platform looks to be heading straight towards Loot Lake and will likely fit into the holes seen in the metal structure. There is likely to be four more runes that will be seen in various different places around the Fortnite map, which will likely spawn after this one has made its way to Loot Lake. You can see all the leaked files of what will most likely occur for the in-game event here.