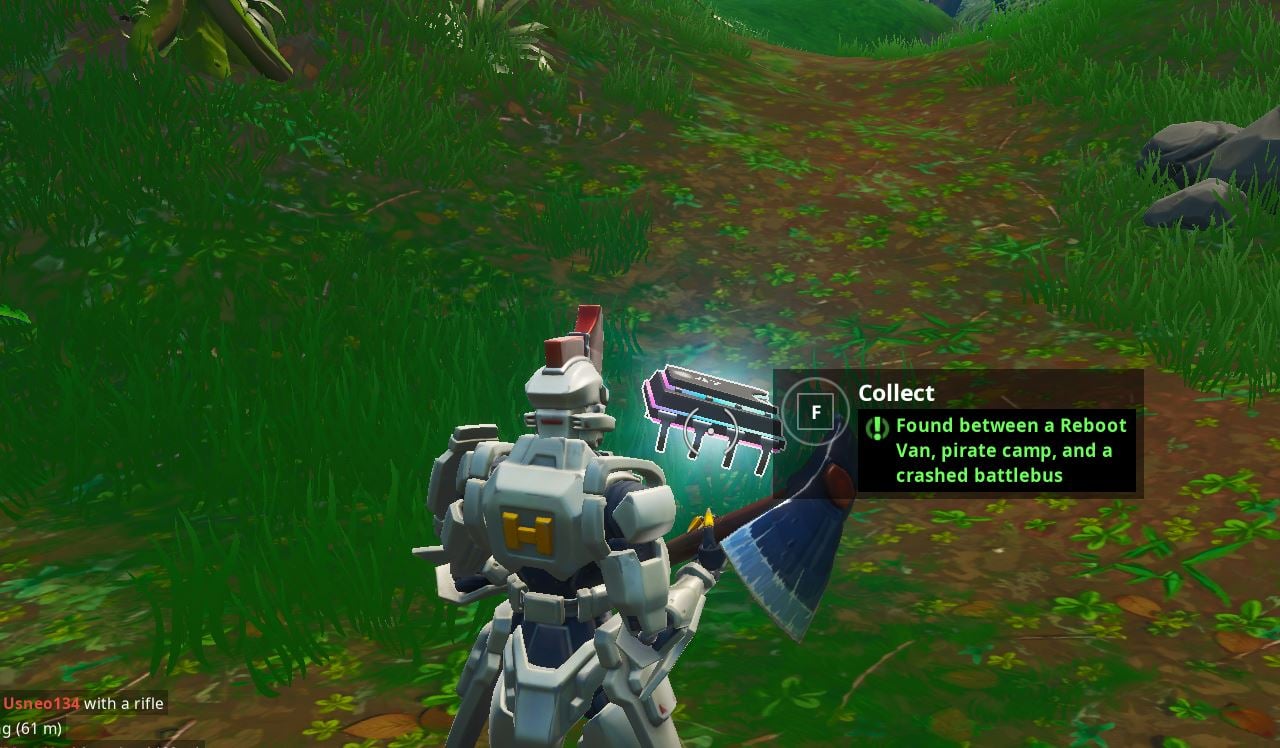 A new Fortnite Fortbyte challenge has been unlocked, Found between a Reboot Van, Pirate Camp, and a crashed Battlebus.

Fortnite Fortbyte challenges were introduced at the start of Season 9 along with the Utopia challenges. Completing a certain number of weekly challenges in previous seasons rewarded players with a mystery skin. However, this season, players need to collect 90 Fortbytes in order to unlock the skin.

Each Fortbyte that is collected decrypts part of a mystery image that contains the “secrets” to Fortnite Season 9.

Today’s Fortbyte challenge that has unlocked is Fortbyte 7. The challenge/task is “Found between a Reboot Van, Pirate Camp, and a crashed Battlebus“.

If you still need to collect other Fortbytes, we’ve linked our other guides below:

You can see where to find Fortbyte 47 below.

As given away by the name of the Fortbyte challenge, players will need to locate a reboot van, pirate camp and a crashed battle bus, and Fortbyte 47 will be between all three of these locations.

We’ve created a map which marks the location of Fortbyte 47 “found between a reboot van, pirate camp, and a crashed battle bus”. If you’d like to check out our video guide on it instead, scroll down to the bottom of the article.

The location of Fortbyte 47 – found between a reboot van, pirate camp, and a crashed battle bus is in the middle of The Block and Lazy Lagoon and is surrounded by trees.