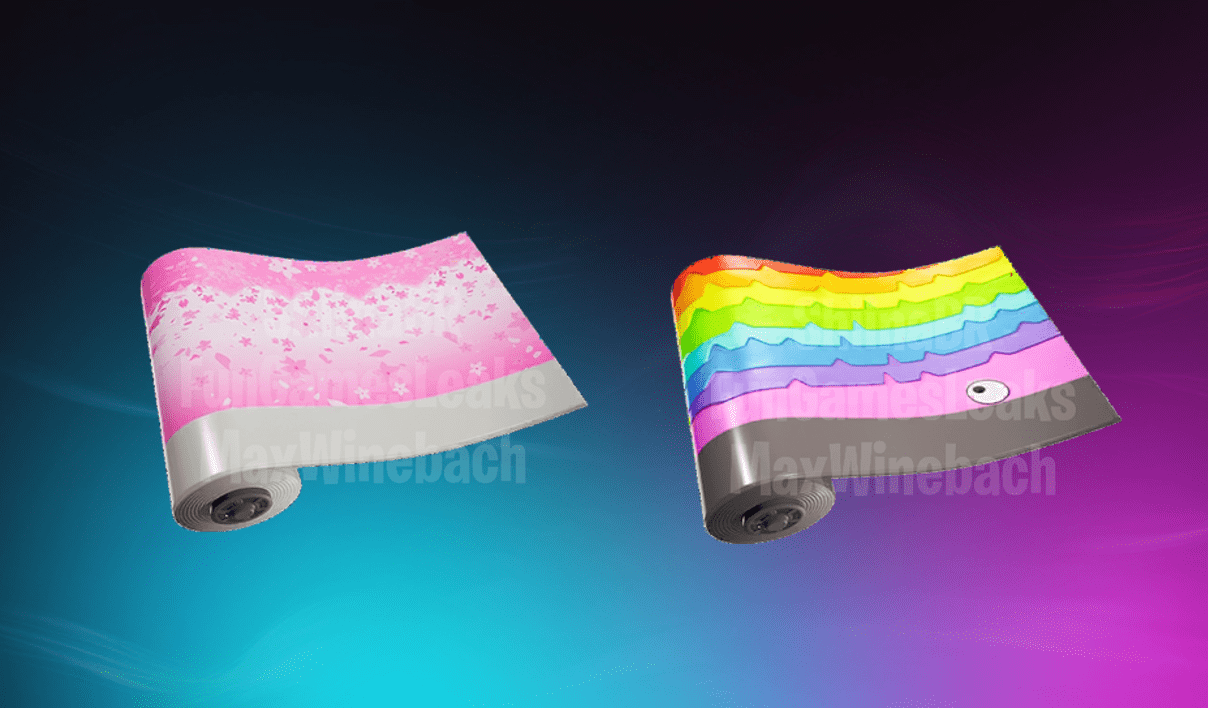 Two new Wraps have been leaked from the Fortnite v10.40 update that accidentally went live on android before the official release. Here are what the leaked Wraps look like.

Epic Games had accidentally released the v10.40 Fortnite update on android and data-miners @ShiinaBR, @official_trimix, @FunGamesLeaks & @MaxWinebach have been working together to see what cosmetics have been added to the files. So far, they have found the Week 9 and 10 Loading Screens, Skins and other cosmetics, but they have now also managed to find a couple of Wraps in the files.

Here are the two Wraps that have been leaked from the v10.40 update, but the names and rarities of these Wraps are not yet known.The first Wrap is pink with flowers on it, as can be seen in the image below:

Here is what it looks like on a weapon:

The second Wrap to be leaked has the colours of the rainbow on it and an eye at the bottom.

Here is what it looks like on a weapon:

Wraps can be used on both weapons and vehicles and these can be selected in the in-game locker. There are many Wraps that have been available to purchase for V-Bucks in the Fortnite Item Shop, some in the Season Battle Pass and some have been awarded to players for free for completing limited time challenges.

The leaked Wraps shown above will most likely appear in the Item Shop in the upcoming weeks, but nothing is official. As previously mentioned, the names and rarities are not currently known, however when the v10.40 update does go live officially, data-miners should be able to find this information.

We will keep you updated if more cosmetics are leaked.