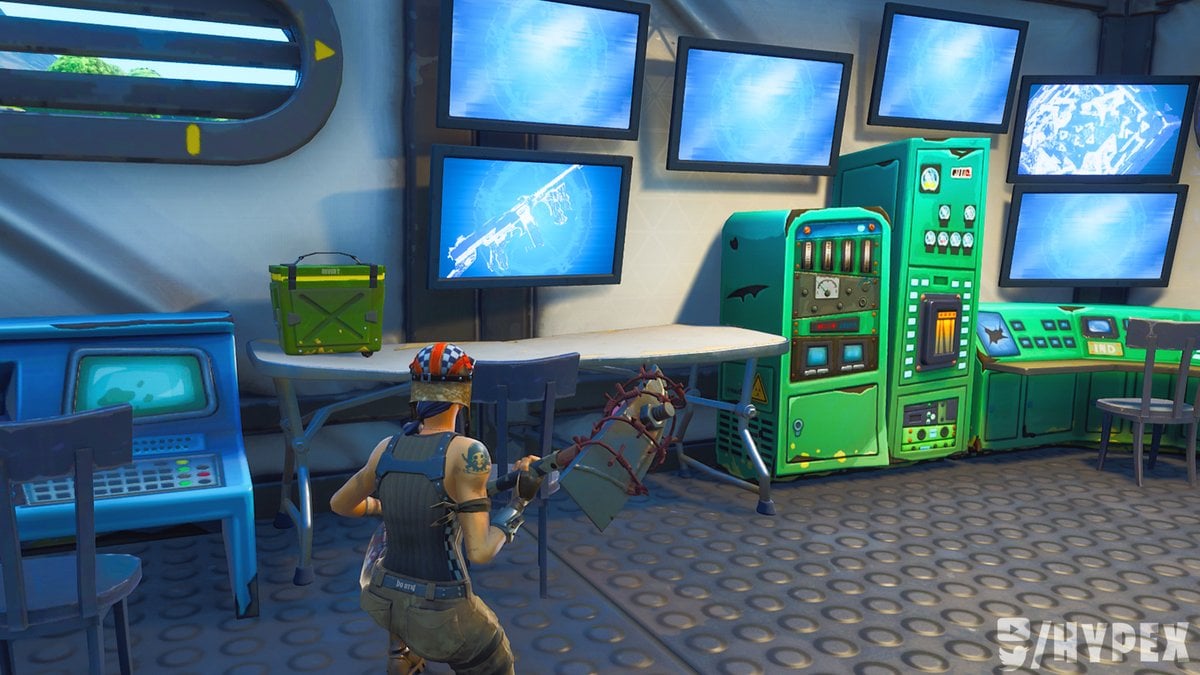 The vaulted Drum Gun Fortnite weapon has appeared on one of the monitors in Loot Lake.

One of the buildings at Loot lake contains a chalk board that showcases the middle metal circle currently at loot lake along with “Vault???”.

The “Nexus” event has already been leaked, an event whereby Fortnite players will get the chance to vote on which vaulted item should make a return to the Battle Royale meta. As well as the chalk board in the building at Loot Lake, there are six monitors, one of which was changed yesterday to display the vaulted bounce pad.

Another vaulted item was added to one of the monitors today, the Drum Gun. The Drum Gun was vaulted in the v5.40 content update after receiving several nerfs, however Epic felt the gun was still unbalanced.

Another vaulted item is expected to display on one of the screens tomorrow and we’ll keep you updated with what item that’ll be.

Would you want the Drum Gun unvaulted? Let us know in the comments section below.