Fortnitemares Part 3 Glitch Has Been Found, 350 Battle Stars Can be Earned 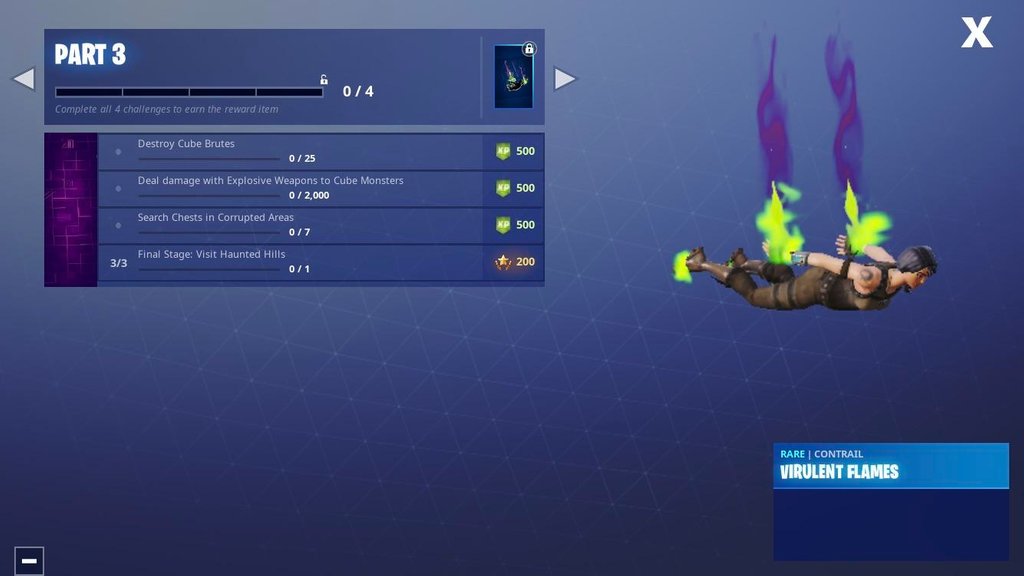 UPDATE: This glitch has now been patched. You can read more here.

Epic released the third part of the Fortnitemares challenges today, which upon completion would grant players the Virulent Flames contrail. However, it appears as though there’s a major glitch with the challenges, with the last two stages of the “Visit …” challenge as it grants players a combined 350 Battle Stars. 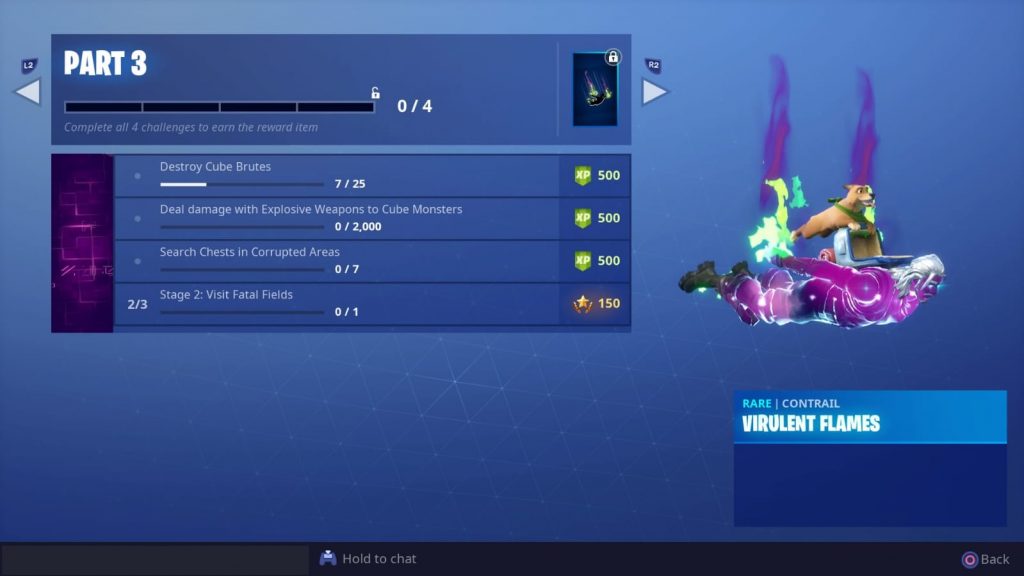 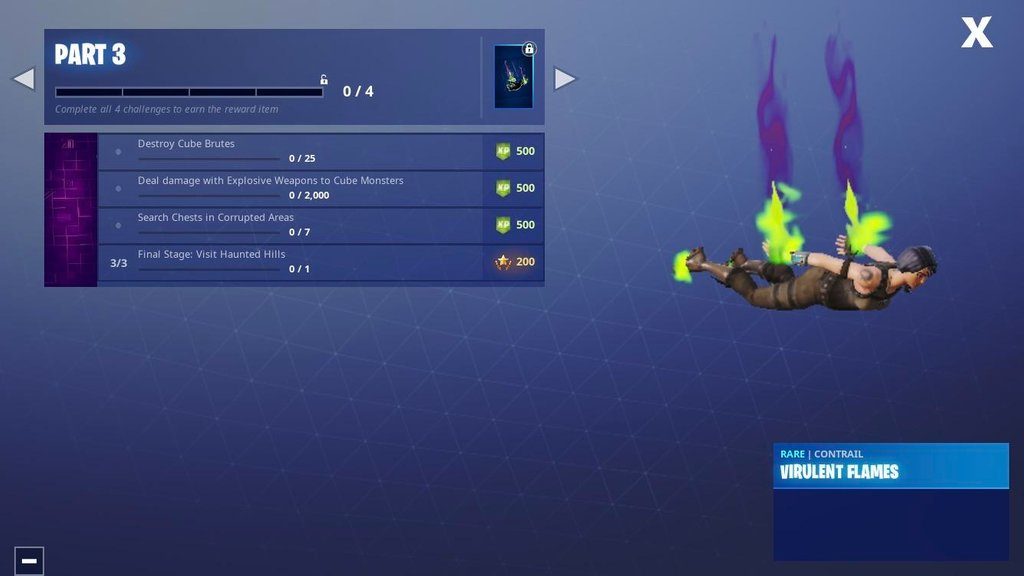 All the challenges in the Fortnitemares event grant XP only, so it seems as this is a glitch for the stage challenges as the first stage of the challenge grants 150 XP when visiting Wailing Woods. We can confirm that you will progress in Battle Pass Tiers when these stages have been completed, and you will receive the rewards.

If players have completed the Battle Pass, they will be rewarded XP, with players granted 20,000 XP for completing the final stage of the challenge.

Epic have not commented on this glitch yet, and they could fix the glitch at any time, so it’s best to get in and complete the challenge as soon as possible.