How Jetpacks may be Incorporated into Fortnite 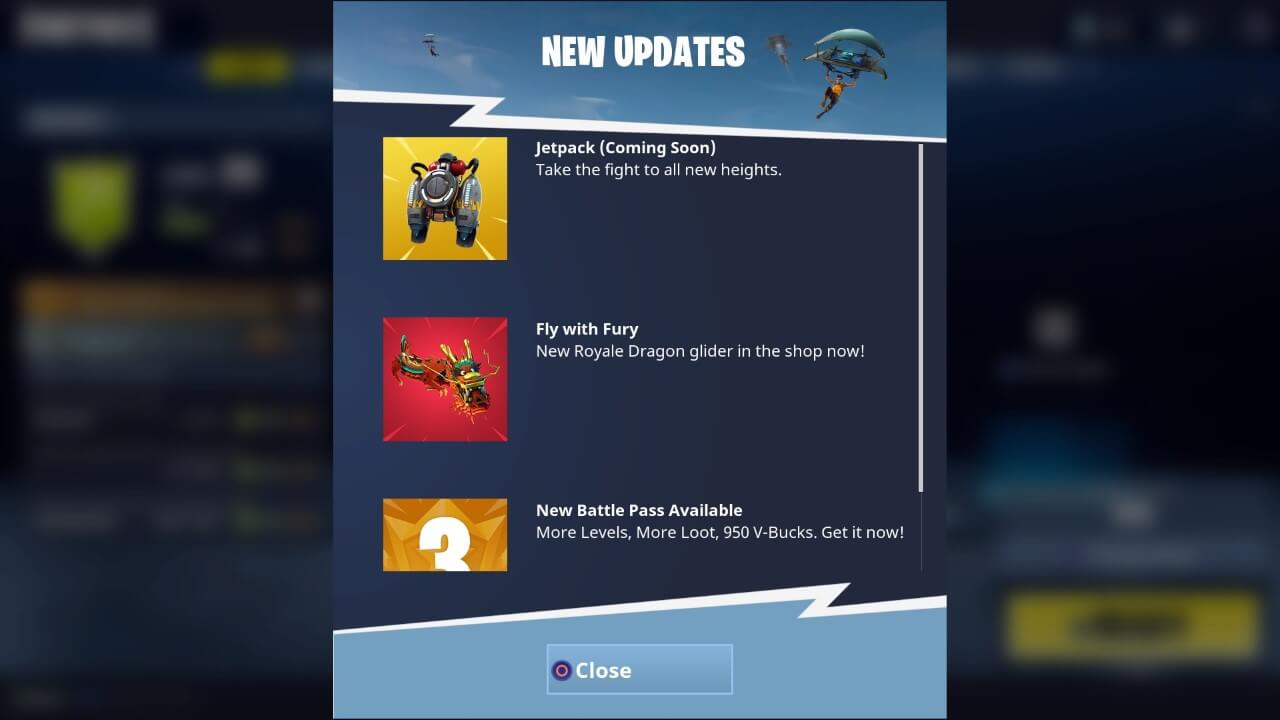 Epic Games has surprised us with the addition of a Jetpack coming to Fortnite.

“Take the fight to all new heights”

There are many ways this could be incorporated into the game.

Could this be a Limited Time Mode? It is possible that every player is equipped with the Jetpack to take the fight to higher ground, forcing players to build up?
We had mentioned in our previous article leaked game modes that was posted on Reddit. One of the game modes was called “Take to the Skies”, could this the game mode that was designed for Jetpacks? Read more about this leaked game mode here.

The other option could be that Jetpacks are coming to the normal mode. The Jetpack could be an item that players will need to obtain in the game, just like any other weapon/ item. If this is the case, we think that they will be found in chests and Crates/ Supply Drops, the same as miniguns.

Having said that, if the Jetpacks are placed in the normal game mode, we think that Jetpacks should only be found in Crates/ Supply Drops and that it should be a Legendary rarity only. This is because there wouldn’t need to be different variations with different stats for this item.

When the Jetpack is in use, we hope that players will not be able to shoot at the same time as flying. If players can shoot whilst using the Jetpack, it will give the user an extremely high advantage. This should be the same for building.

Another question about the Jetpacks is how this will be fueled. Will there need to be some kind of energy resource to power the item?

Epic Games have previously stated that they would not be introducing modes of transport to this map, as it is small enough to travel on foot. With this in mind, we think that the Jetpack will be slow, so that it is not used primarily as a mode of transport.

Let us know what you think about the Jetpack in the comments section below.