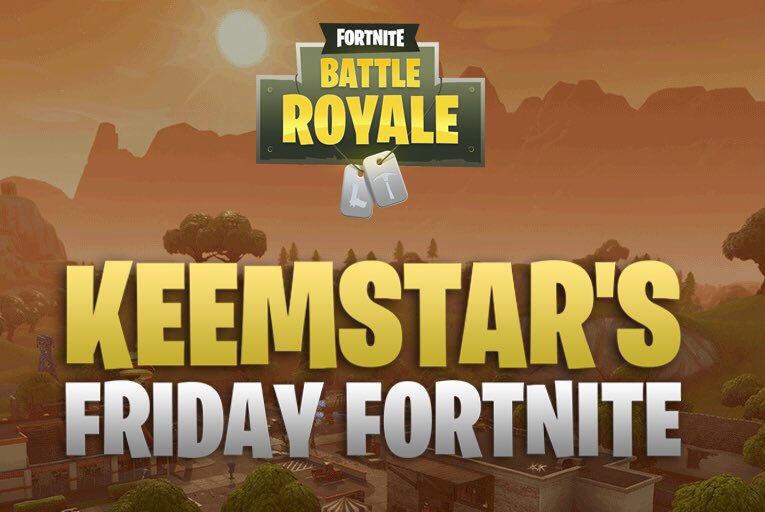 The Friday Fortnite Tournament, hosted by Keemstar and UMG, has proved it popularity with week 3 pulling in at least 8.5 million unique viewers as reported by Keemstar:

The Friday Fortnite Tournament consists of two duos matching up and playing in the same squad, but going on their own to obtain the most kills. Players will need to participate in two games, with a third game being played to determine the winner of the round if needed. There are rules in place to prevent duos from sabotaging the other team and you can read the full rules of this tournament by visiting the UMG website. There was a new rule introduced in week 3 of this tournament, which was for streamers to have a 2 minute delay when streaming to prevent stream snipers.

There was some controversy during the tournament with SypherPK not strictly sticking to the rules, as he only had a 100 second delay as opposed to the 120 seconds that was required by all players. This was first noticed when the winners of the first week NickMercs and SypherPK were up against Myth and Hamlinz.

After some debate, Myth and Hamlinz agreed to take the loss and move to the losers bracket and SypherPK was issued a warning and reset his stream with the 120 second delay on his stream.

Ninja and King Richard made it into the final without making it in to the losing bracket once and were up against the winners of the loser bracket, FaZe TFUE  and FaZe Cloakzy. Ninja and King Richard only had to win one of the two rounds in the final to win the tournament, but the FaZe clan were determined to win the $10,000 prize.
You can find the final bracket of the entire tournament on the UMG website.