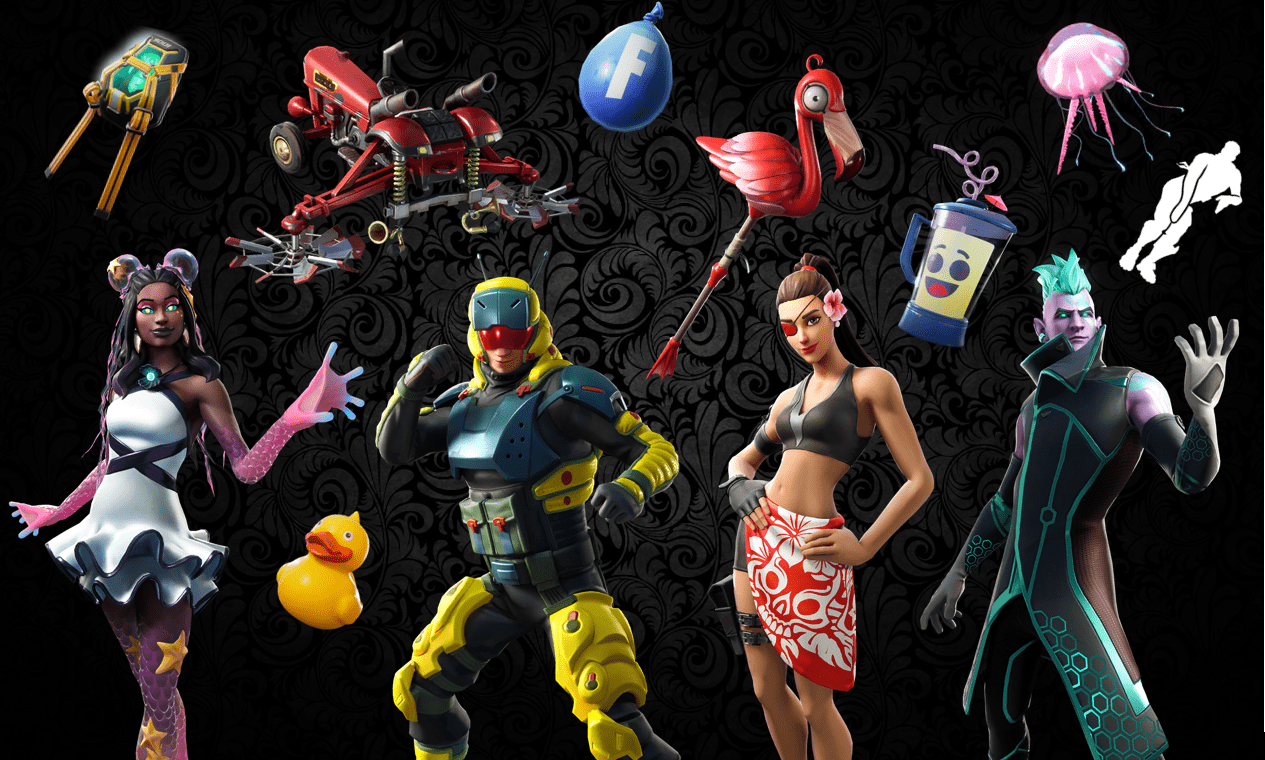 There were many Fortnite cosmetics that were leaked in the v9.30 update, including skins, back blings, gliders, pickaxes and more. Here are the names and rarities of all of the v9.30 leaked cosmetics.

The v9.30 update had a lot of files added and we had previously reported on all the leaked cosmetics that were found in this update by data-miners. The names and rarities of all these cosmetics are now known and can be seen below.

Many of these cosmetics will be seen in the Item Shop in the upcoming weeks, but some of these will be awarded to players for completing the 14 Days of Summer Fortnite Challenges. The Singularity skin is the Utopia skin, which is awarded to players who have unlocked 90 Fortbytes.

Singularity (Legendary) – The first and the last

Starfish (Epic) – Queen of the reef

Doublecross (Rare) – Never turn your back

Pillar (Rare) – This isn’t even my final form

King Flamingo (Uncommon) – Some of us were born to fly…

Fortnite Leaked Back Blings From v9.30

Brite Board (Rare) – Shred the sunshine

Tiny Totem (Rare) – Carved in the likeness of victory

Conch Cleaver (Epic) – A gift from the deep

Low ‘n Slow (Rare) – Lock in the flavor of victory

Lawnbreaker (Uncommon) – Rule the lawn with an iron beak

Man o’ War (Epic) – Behold the splendor of the sea. From a safe distance.

Ion (Rare) – Glide beyond the edge of science

Megabat (Rare) – Soar with the storm

Payload (Uncommon) – A megaton of smiles

Deep Dab (Uncommon) – Bring ’em down to your level

Beachballs (Rare) – Get the party started