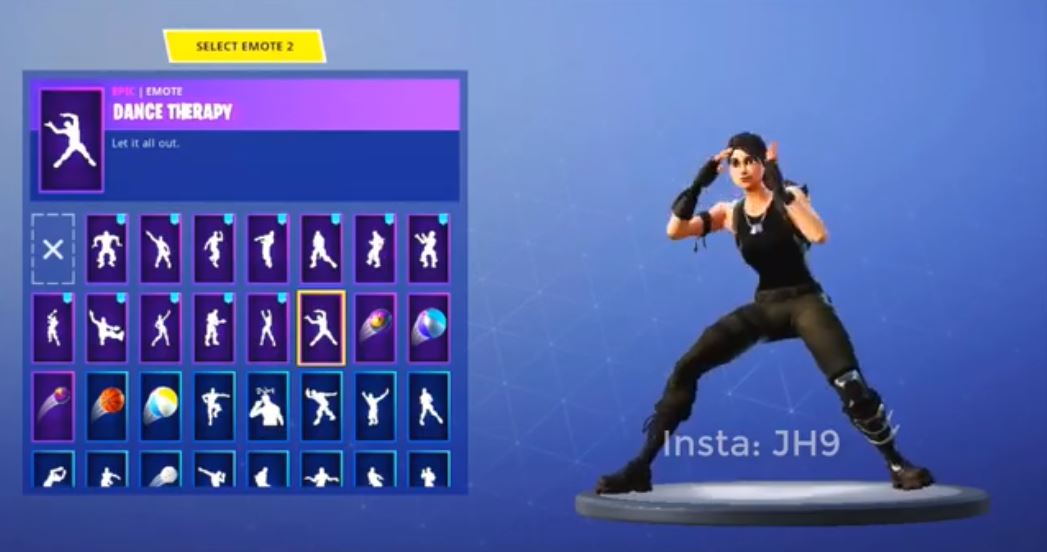 With the v5.3 update, there have been many leaked cosmetics, including Skins, Back Blings, Pickaxes, Gliders and emotes that will be releasing in Fortnite in the upcoming weeks. We have already listed the names and rarities of the cosmetics that have been leaked and the names, rarities and in-game footage, thanks to jh9 on Instagram, have been released for the leaked emotes found in the files, as can be seen below:

Capoeiro (Rare)
Are you ready to dance with danger?

Shake It Up (Epic)
Feel the rhythm

Dance Therapy (Epic)
Let it all out

There are also many other files that have been added to the game, which suggest there could be new weapons and items releasing in the Battle Royale mode soon, which is discussed in the article below:

Fortnite Customizable Maya Skin – How to Make Your Maya Unique