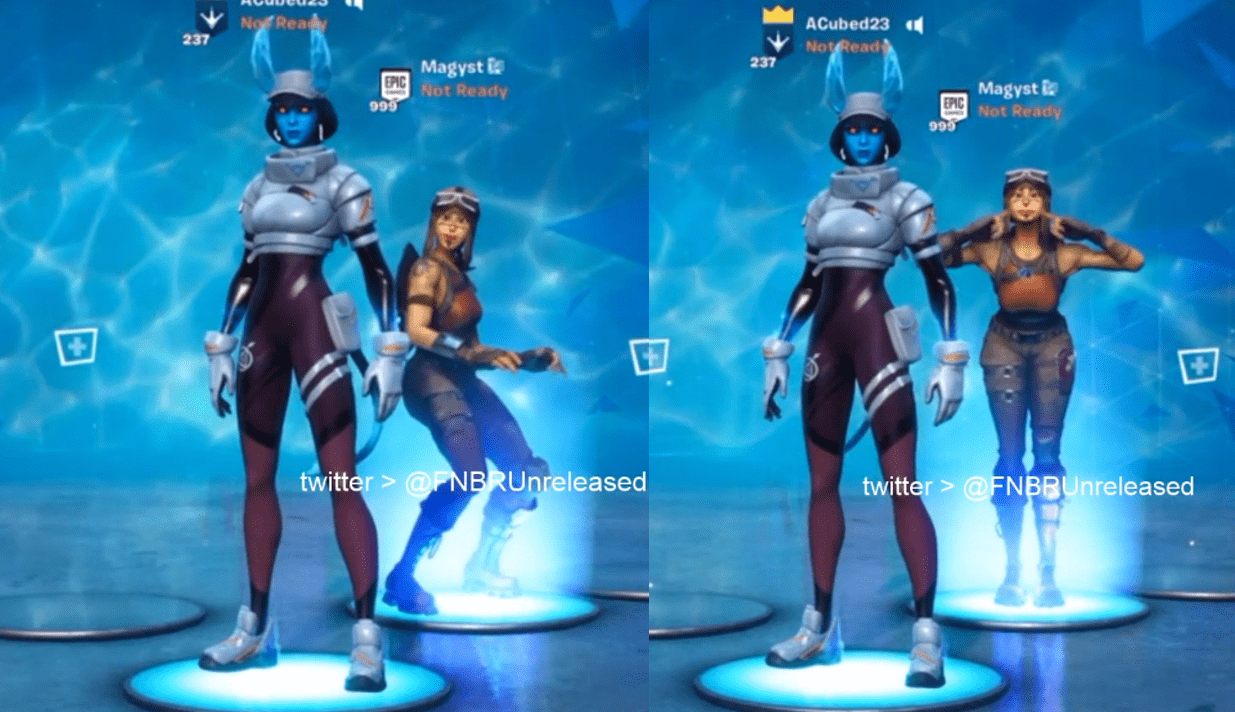 Two new Fortnite Emotes/Dances have just been leaked by data-miners called Poki and Fishin’. Here is what they look like.

New cosmetics are added to Fortnite in the updates that require some downtime and the last update to take place in the game was v11.40. There are many new cosmetics that were leaked, including Skins, Back Blings, Pickaxes, Gliders, Emotes/Dances & Wraps, all of which can be seen here.

There are usually some files that are encrypted by Epic in this update, so that data-miners can’t leak them, however Epic Games have decrypted two new Emotes that were not initially leaked, both of which you can see below.

Data-miner @FNBRunreleased has managed to showcase the Poki and Fishin’ Emotes, which can be seen below:

Pokimane, did tweet that she would have something she would be announcing today, so it is very possible that she could also be getting a Fortnite Skin, like Ninja, which will be a part of the Fortnite Icon Series.

The Fishin’ Emote is likely for the Twitch Streamer Jordan Fisher, but he has yet to hint or announce anything.

We will let you know as soon as more information is released.