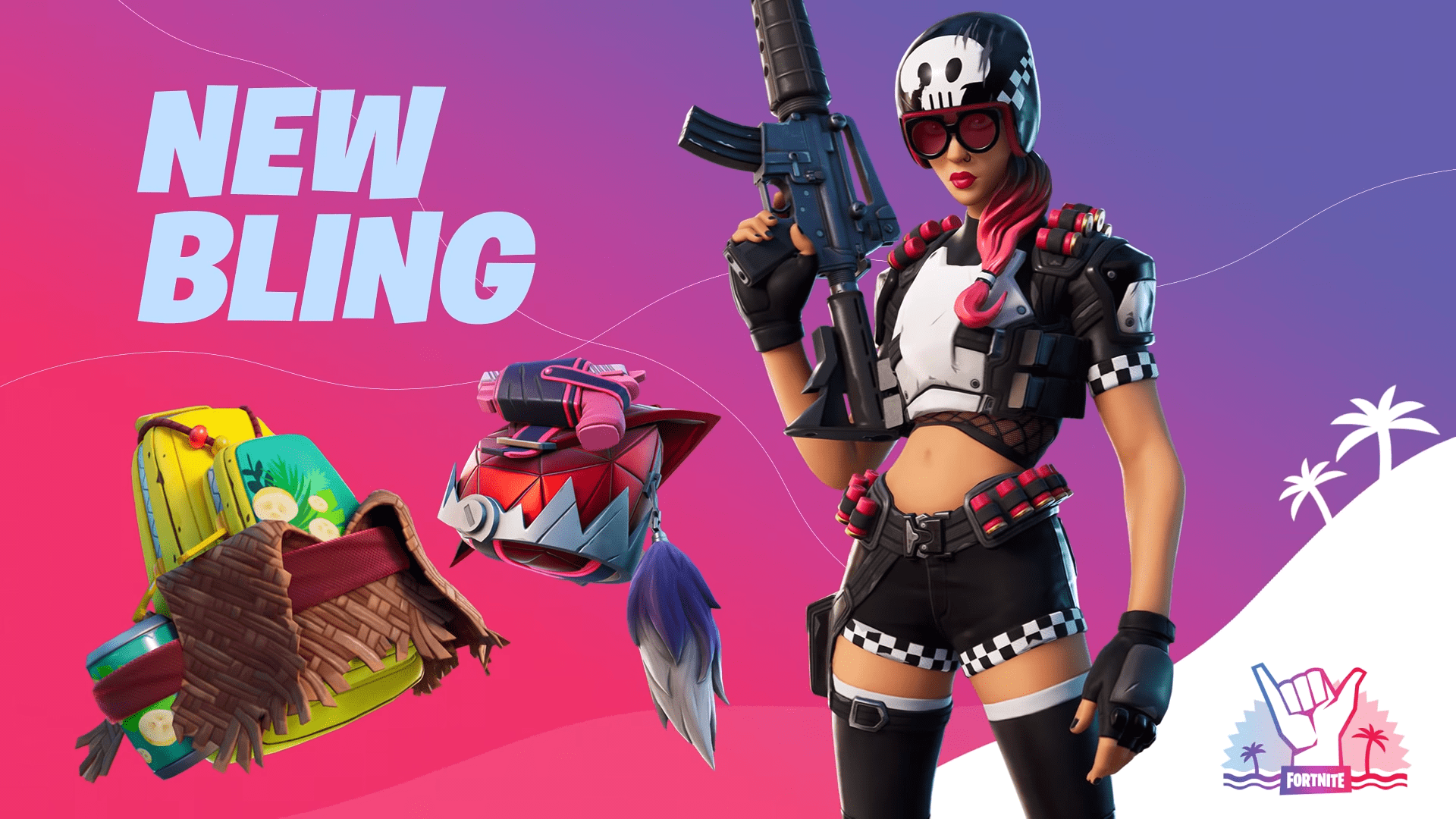 A new Skin that is currently encrypted has been revealed by Epic Games and here is what it looks like.

New Skins are added to Fortnite on a regular basis and the Fortnite Summer Splash 2020 Event is currently underway, which means the Skins being released till the end of this season will be summer themed.

There are many popular Skins that are returning to Item Shop for Summer, which include Summer Drift and Beach Bomber. There will also be many v13.20 leaked Skins that will be featured in the Shop in the upcoming weeks.

The official Fortnite Twitter account has released a new trailer for the Summer Splash Event, and you can see that they have revealed a Skin that has not been leaked by dataminers and is currently encrypted. Here is what the Skater Girl Skin looks like,

There isn’t much information that has been released as yet about this Skin, but the Back Blings shown in the image were leaked in the v13.30 Fortnite update and you can read more about these cosmetics below:

Trapper Pack (Epic) – What big teeth it has

The trailer also shows the Summer Splash trailer, you can also see the Summer Legends Pack and the selectable style for these Skins and you can get a closer look on the cosmetics included in this bundle by clicking here.

Summer is still going strong with the Fortnite Summer Splash 🌊

Put on some shades and take a tropical trip to an a-peeling destination with the Summer Legends Pack!

There is no release date of the Skins, but they will be featured before the end of this season. Will you be buying the Skater Girl Skin when it is available to purchase? Let us know in the comments section below.