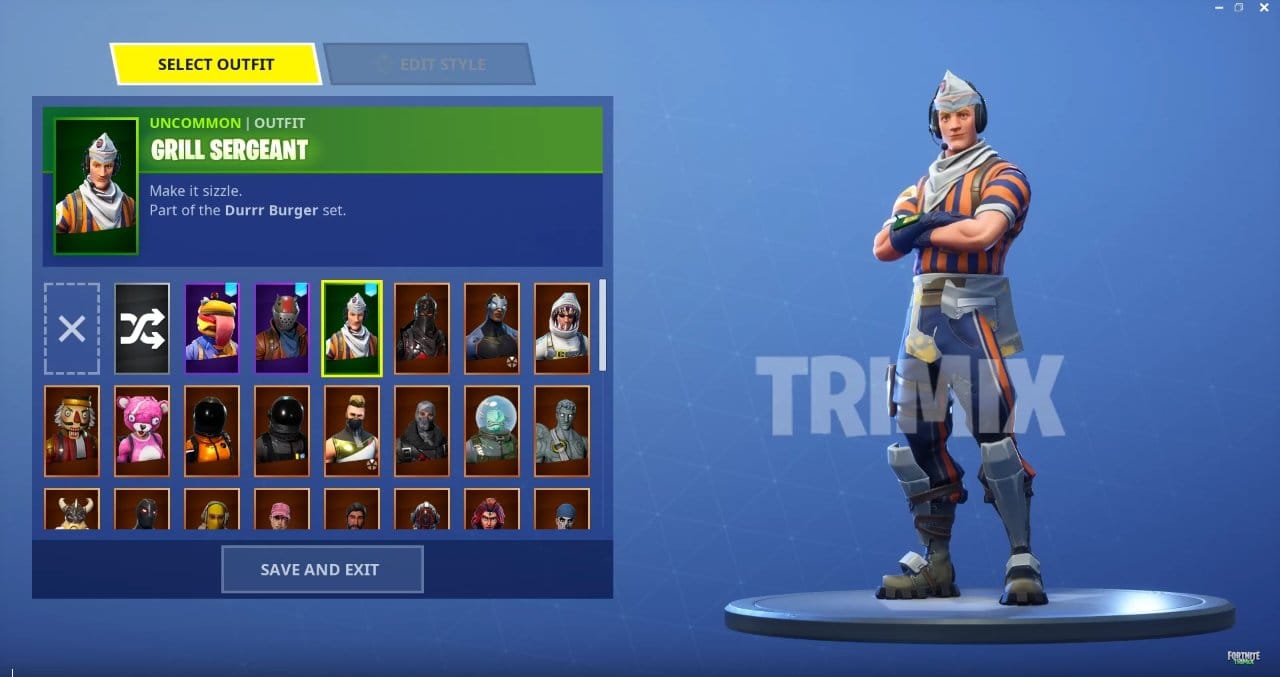 With every bi-weekly update, we see files added to the game, including skins/cosmetics that will be coming to Fortnite. It looks as though another skin has been found by YouTuber Trmix. He has leaked the new skin called the ‘Grill Sergeant’ and shows footage of it in-game in the video below.

This skin will most likely be part of the Durr Burger set that was released in the item shop yesterday.

Nothing has been confirmed by Epic, but we usually see the skins that are leaked in the Item Shop at some point. Changes could be made before the official release.