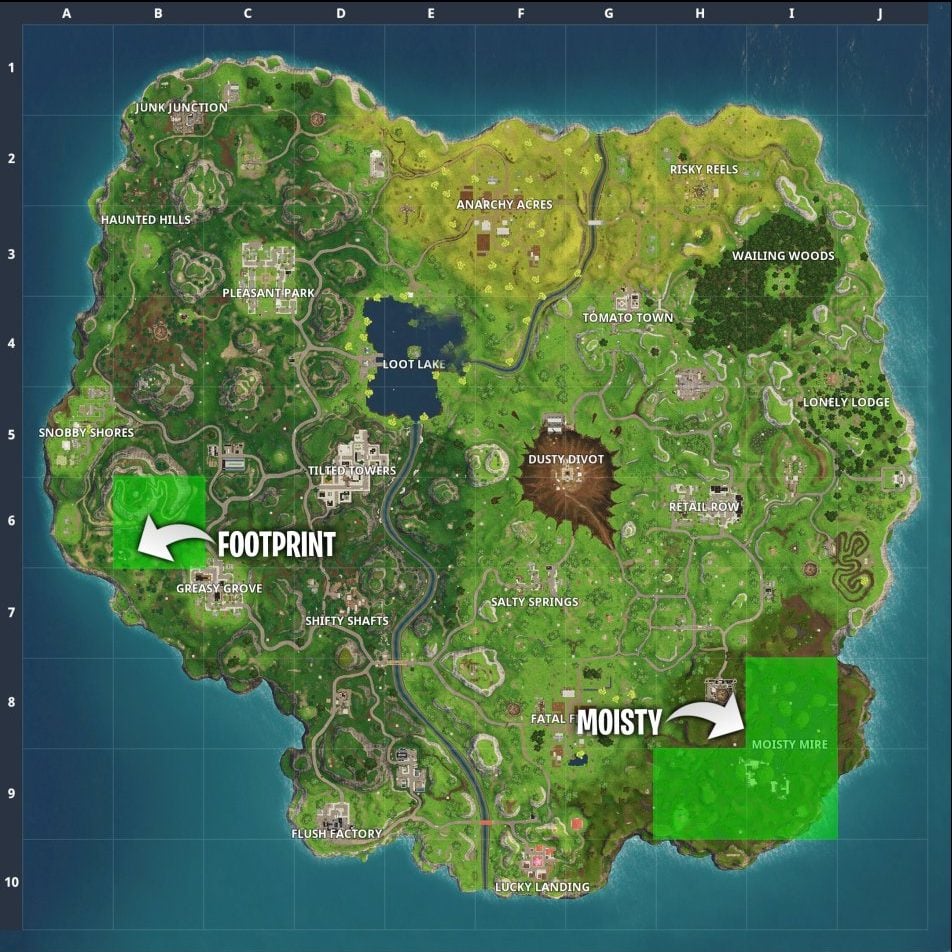 From futher digging by @TwoEpicBuddies it seems that the leaked skins that were data mined in the V4.5 update provide more information on the footprint that is located near Greasy Grove. This also links in with the message that was decoded in the audio files of the rocket. You can see the theory by TwoEpicBuddies below: 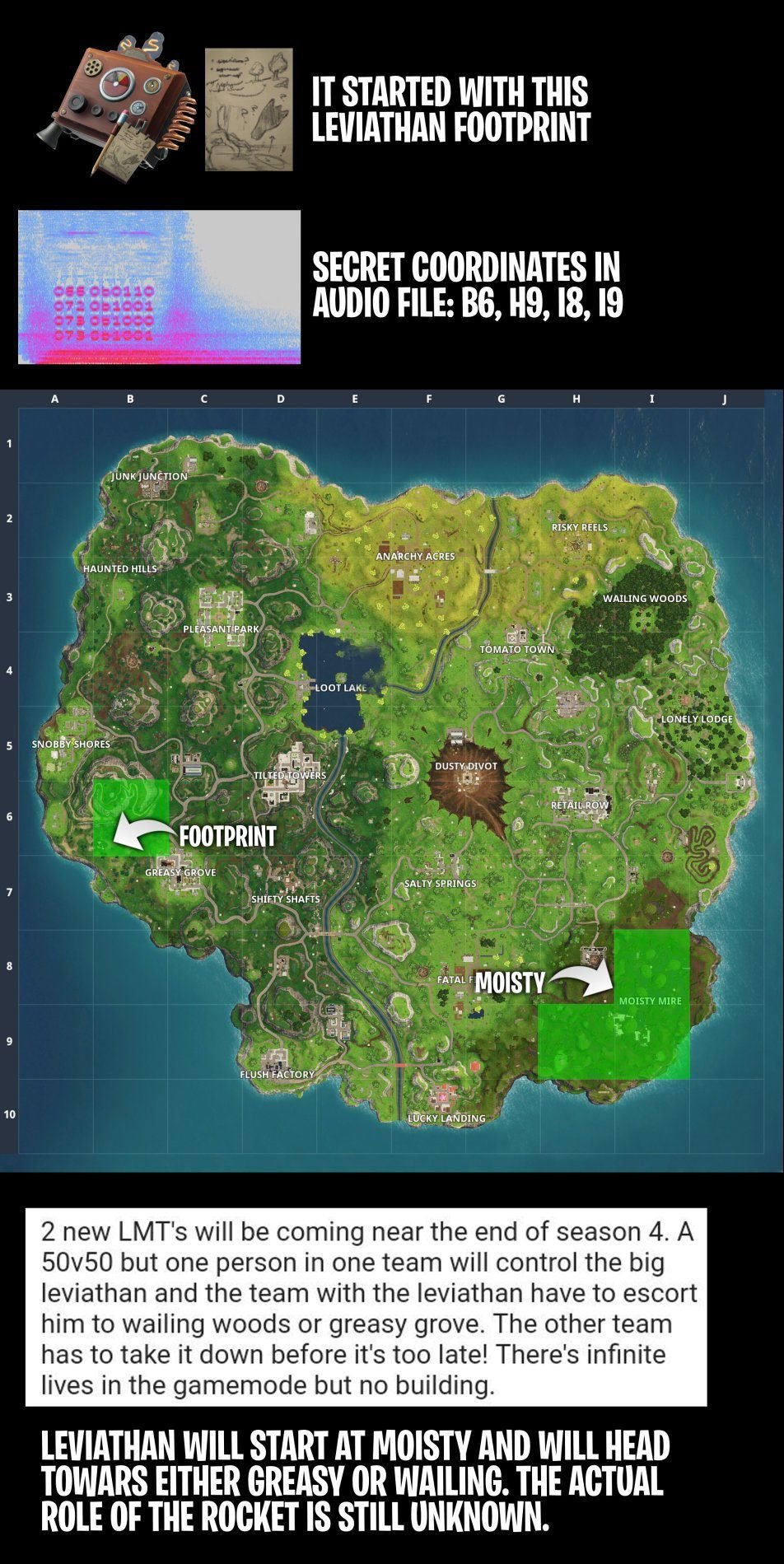 There was a post on Reddit that had leaked a lot of information on the end of Season 4 / Start of Season 5, but the post has since been removed. From the information that was leaked, a lot of it has come true.

The leak relating to the Leviathan is as follows:

2 new LTM’s will be coming near the end of Season 4. A 50v50, but one person in one team will control the big leviathan and the team with the leviathan hav to escort him to Wailing Woods or Greasy Grove. The other team has to take it down before it’s too late! There’s infinite lives in the game mode, but no building.

The Playground LTM was the first time where players have been introduced to the concept of having infinite lives / instant revive. This LTM is still disabled at the moment, but will be the first look into how this game mode may come into effect. 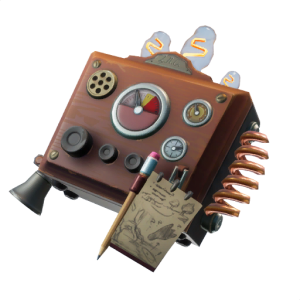 This is one of the cosmetics that were found in the V4.5 update and we can see a sketch of the footprint on the notebook. We may learn more about the footprint when the detective cosmetics are available in the Fortnite Item Shop.

We will keep you updated with any new information on this theory.

NOTE: There has not been any official announcement by Epic as to whether or not this is true. This is just a theory and it may or may not be introduced to Fortnite Battle Royale.