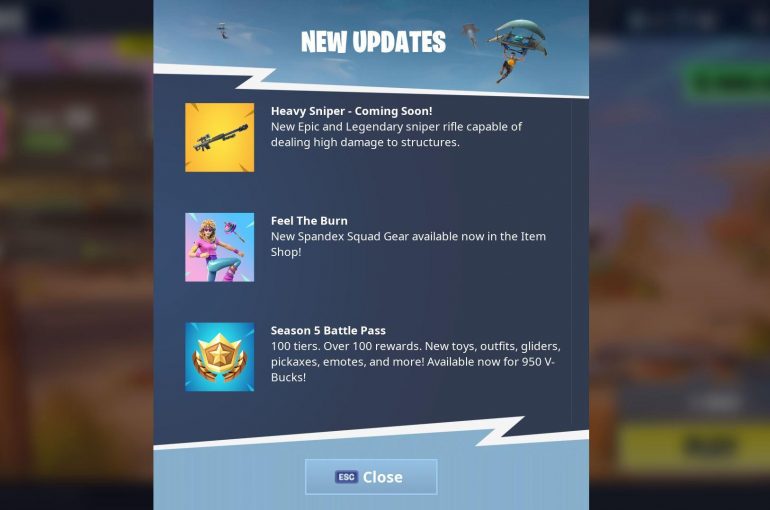 According to @FNBRLeaks on twitter, these are the stats of the sniper rifle:

You can see this weapon being used in-game in the article below:
Leaked Heavy Sniper Rifle in-game footage