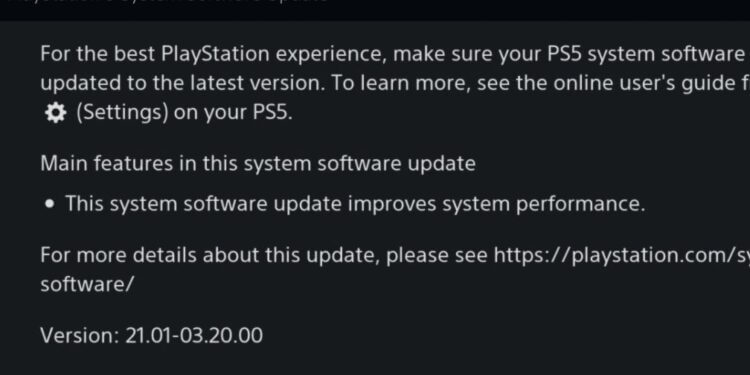 We have a brand new PS5 System Fireware update today on June 9th, 2021.

Although it’s still extremely difficult to get your hands on a PS5 wherever you live, Sony continue to push out system software updates. The latest firmware updae for the PS5 was pushed out earlier today across all regions although no official Sony announcement has been made.

The system software update is 21.01-03.20.00.04. When updating, the update simply states that it improves system performance and nothing else is listed.

Although not mentioned when you’re prompted to update the system, today’s PS5 update actually came with a fix for the DualSense controller. Since the release of the console, players have been getting paranoid or frustrated with the controller alerting users that the battery low when they were actually able to get a few extra hours of play from the controller.

The new update makes it easier to know how much charge is left and will no longer display a 0% notification. It seems like that was the major bug fix in the update, but if there are any other changes that are made, or if Sony end up releasing the update notes later on, we’ll update this post with all the announced bug fixes and changes.

For those PS5 players out there, a new free Fortnite PS Plus starter pack was just released. For more information including how to get the pack, visit our dedicated article here.