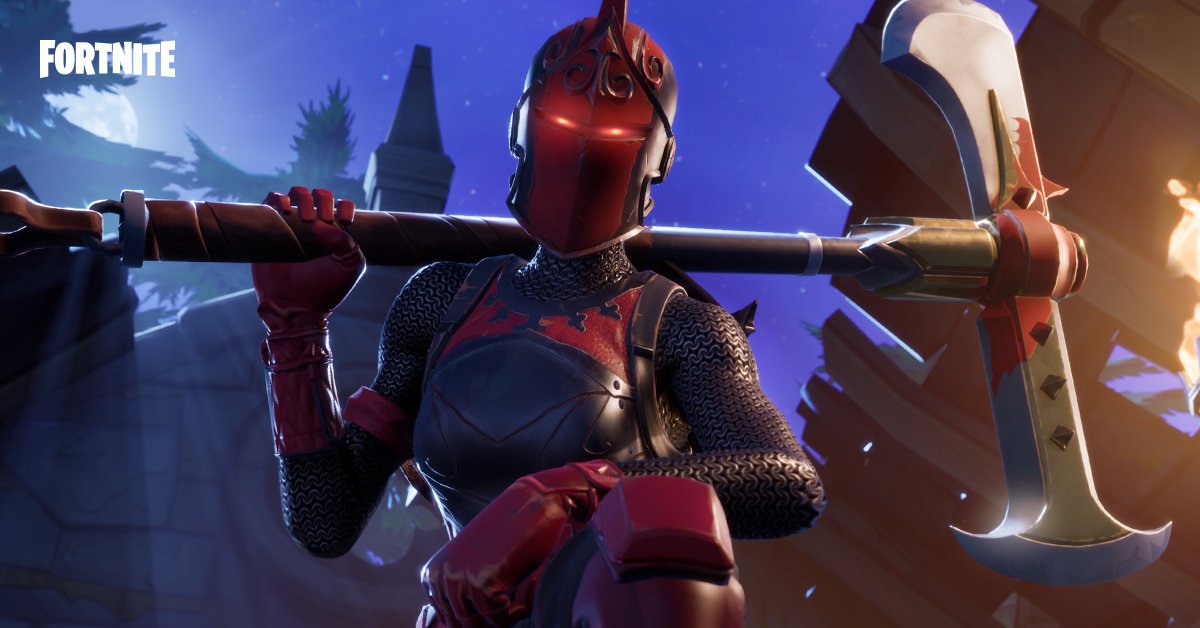 Red Knight is coming back to the Fortnite Item Shop today, as was tweeted by Epic yesterday:

The Fortnite community have been split on having a Season 2 skin released again, as some believe that the players that bought it at the time should keep the ‘rare’ skin. When the Red Knight was first released, there was no accompanying pickaxe with it, but now there will be a ‘Crimson Axe’, referred to as ‘Pickaxe-Flintlock-RedKnight’ in the game files, that will be releasing with the outfit.

Here are some reactions by the community:

They don't want people selling accounts. Of course they are going to re release all the "rare" skins.

Red Knight returning means that I truly think it is only a matter of time before every “rare skin” returns to the shop.

It follows how Epic Games wants Fortnite to be inclusive. Gives the new players a chance to have legendary items. Also, removes the account selling scams.

everyone that thought they had a rare skin pic.twitter.com/FrE9wc2gF9

Epic had stated previously that the Red Knight Skin would not be seasonal item and they could be in the shop again. It would make sense for Epic to release skins that are considered ‘rare’ due to players wanting to sell their account, which is against TOS.

What are your thoughts of the Red Knight Skin returning? Let us know in the comments section below.