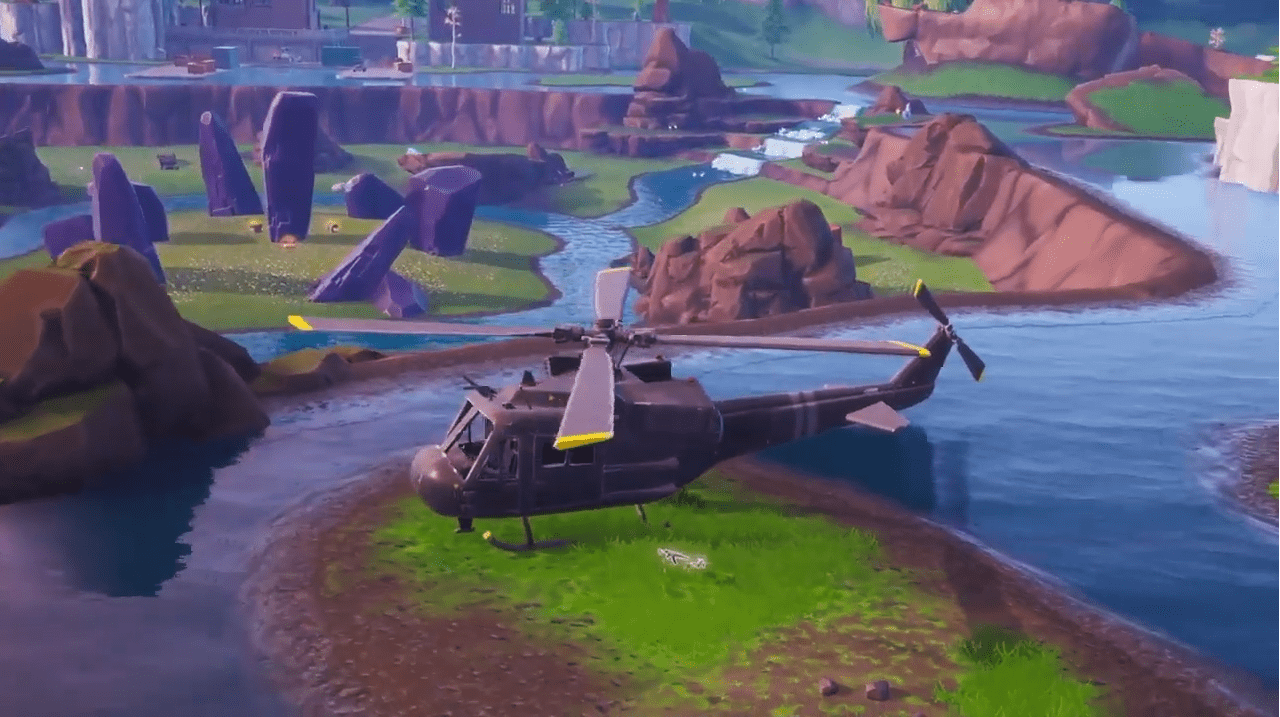 The helicopter in Fortnite has moved yet again and here is its current location and where it has been.

The mysterious helicopter in Fortnite has been moving around the map for the past couple of weeks and the reason behind it is still unknown. The helicopter has now moved a total of 15 times and has been circling Loot Lake as of late. It looks like the helicopter has decided to take a closer look at Loot Lake and has landed in the POI, as can be seen below:

You can see the full map of where the helicopter has been so far and where it is currently situated, thanks to Reddit user Seawod:

The new excavation/dig site that had appeared at Loot Lake has already been completed dug out by the Fortnite community. It seems as though at the bottom of the dig site, there is a metal bunker, which is different from the previous sites. It is thought that the Discovery skin that was revealed by Epic, Ruin, will emerge from here as the image for Ruin seems to show the site in the background, as can be seen below:

There is a theory that whoever is controlling the helicopter is looking for something and the most popular theory was that they were looking for any hop rocks that could have been missed, but it is possible they were looking for Ruin all along. There isn’t much information on Ruin, apart from the fact that he is the Prisoners right hand man, as Worldwide Creative Director at Epic Games, Donald Mustard, had tweeted the following:

The Prisoner has a Right Hand… https://t.co/ciQw7VVCEu

Some also think that the helicopter is looking for Kevin the Cube, as the last place it was seen was at Loot Lake, but nothing has been confirmed as yet. The next update taking place this week, v8.30, has not yet been announced by Epic, but it is possible that more files will be added that could reveal more excavation sites will be seen on the map.

Where do you think the helicopter will go next?