by Khadija Saifi
in Concepts, News
14 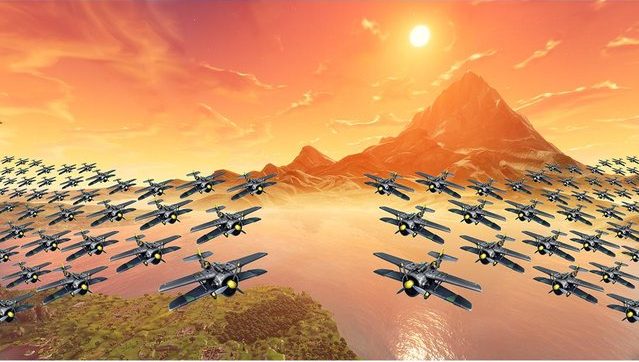 LTMs are rotated into Fortnite on a regular basis and we’ve seen quite a few LTMs added during the 14 Days of Fortnite Event. Here’s a fan concept for an interesting LTM.

LTMs (Limited Time Modes) are a way to keep the Battle Royale mode of Fortnite interesting and gives players a chance to play the mode in a different way. There are many LTMs that have proven to be successful with the Fortnite Community and in the 14 Days of Fortnite Event, we saw new LTMs added, as well as a few old ones returning.

Fortnite players are continuously thinking of new concepts for LTMs and Reddit user FLcitizen has thought of an interested concept involving the X4-Stormwing Planes. The X4-Stormwing Planes were first added to Fortnite at the start of Season 7, in v7.00, but there were some changes made in v7.10, which nerfed the vehicle after receiving feedback from the community.

He has suggested the following for the game mode:

It may be better for there to be 10 planes for each team at the start of the match, as one plane can seat 5 players (4 players on the wings and a pilot). This will help to reduce lag and the noise!

Reddit user FrostedJlakes had suggested that there shouldn’t be any land and when players are shot down they are eliminated if a teammate does not catch you. FLcitizen then added in the comments the following:

“That gave me an idea, Either the whole map is flooded and there are just the two spawn islands to retreat too, or there are bits of the map to land on, the elevated parts.”

This would make the mode more exciting and quite challenging to play. It will involve a lot of changes being made to the existing map to implement this idea, but it would be very different from any LTM seen in the game so far.

Even though changes have been made to the plane, the majority of the community do not like them and perhaps in the future it might be better just to have them in LTMs, as it will be difficult to make the planes more balanced.