A Countdown Has Appeared at Loot Lake in Fortnite

by Khadija Saifi
in News
28 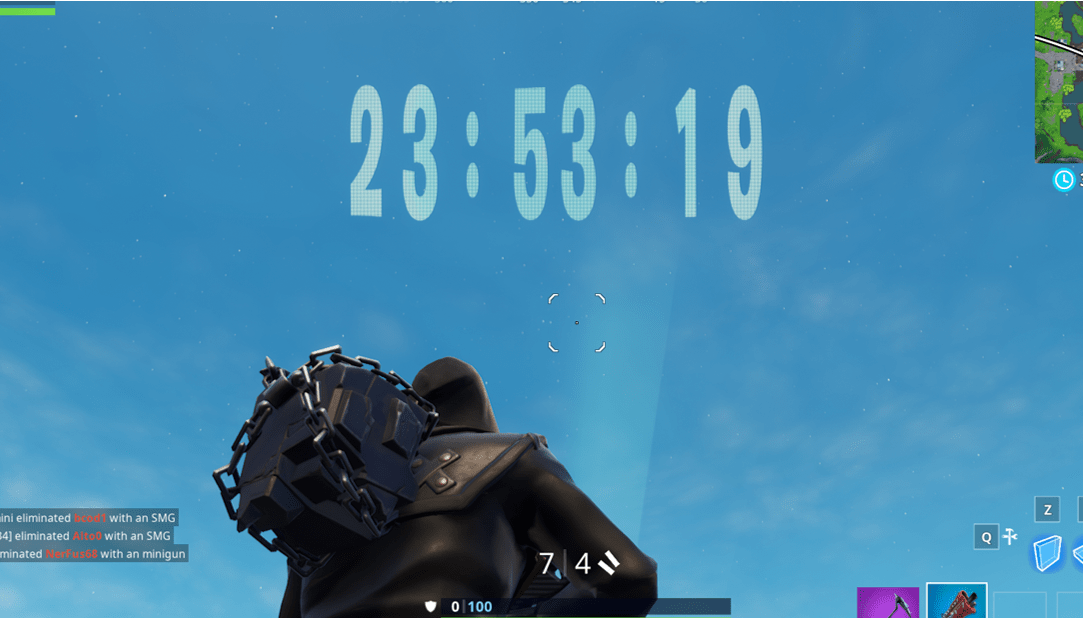 The event will be taking place tomorrow as a countdown has appeared above the vault at Loot Lake.

The Unvaulting Event is to take place at Loot Lake, where essentially the vault is as the event will require players to vote which of six items they would want to see unvaulted. The items to choose from are the Bouncers, Drum Gun, X4-Stormwing Plane, Tactical SMG, the Grappler and the Infinity Blade.

There are currently only five of the six screens showing on the monitors at Loot Lake, with the Infinity Blade yet to be shown on the middle screen.

Which item will you be voting for?