by Khadija Saifi
in Concepts
12 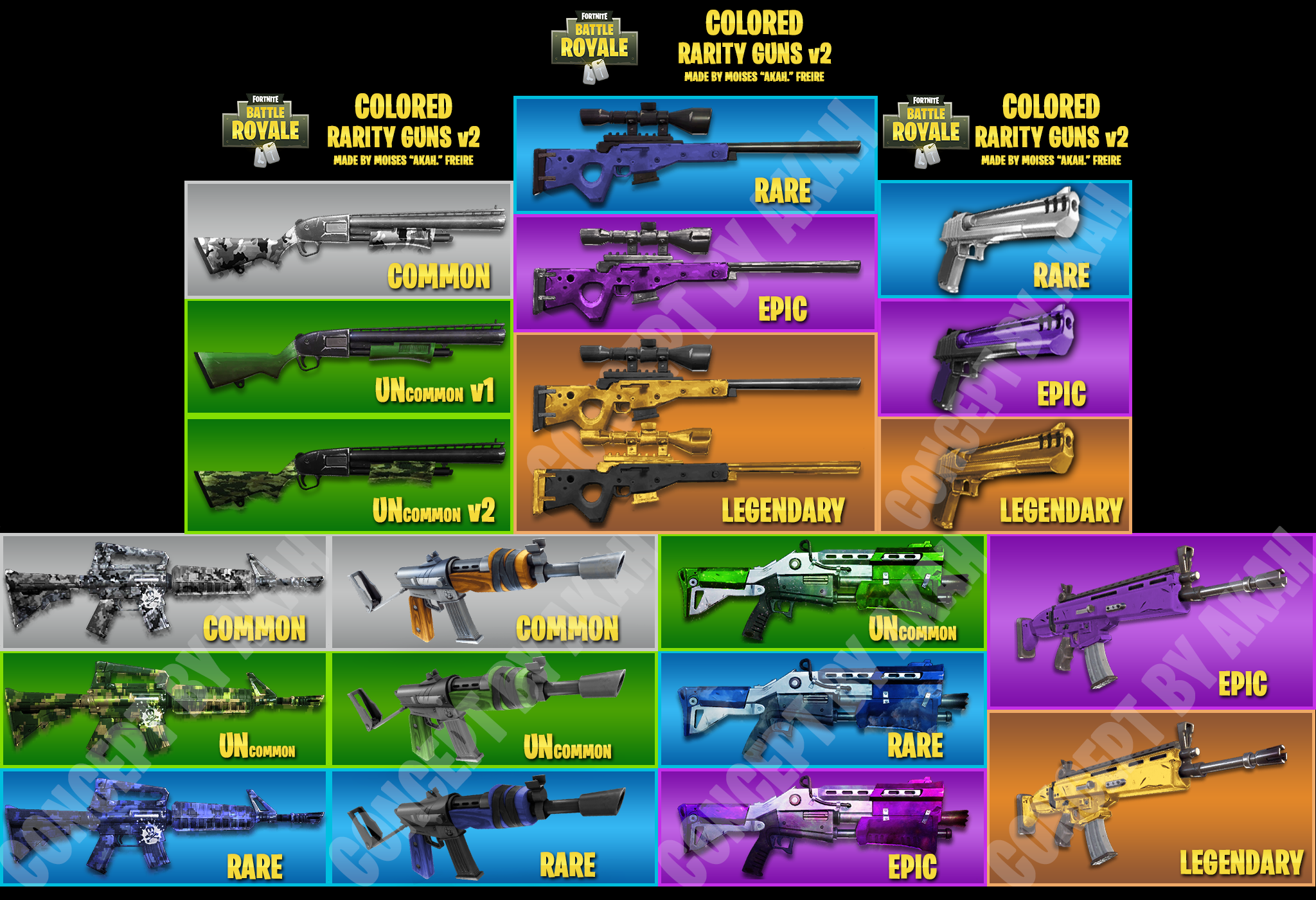 Reddit user crz4all has come up with a concept of having different colored guns, according to rarity.

This concept could help teammates in different situations, as when teammates are spectating each other when they have died, they currently cannot see their surviving teammates inventory. This means that they cannot tell which rarity of a weapon their teammate has and could be making unnecessary call-outs when seeing floor loot. For example, if a player has a Legendary Golden Scar and a teammate sees an Epic Purple Scar, they would call this out to their teammate unknowingly, which would be unnecessary and could waste time.
It could also help when looting, where players can give better guns to teammates if they know they have a better rarity weapon to give.

Having different colored weapons will stand out and can help in fights with enemies. This is because players will know which rarity weapon enemies have and can determine how many shots they can withstand before knowing when to back away. If you see an enemy and realize they have a substantially better weapon, you could try to find a way around and not engage in combat if you know you are most likely to lose the fight. It could also make players change their tactics according to the weapons enemies have. For example, if you see the enemy has a better variation of weapon to you, you would probably be more cautious, as opposed to rushing when you feel like you have the better hand.

The downside of showing the weapon color is that it could discourage players from fighting and would make the game less competitive. It also takes away from the surprise element that players would normally have.

Let us know what you think about this concept in the comments below.