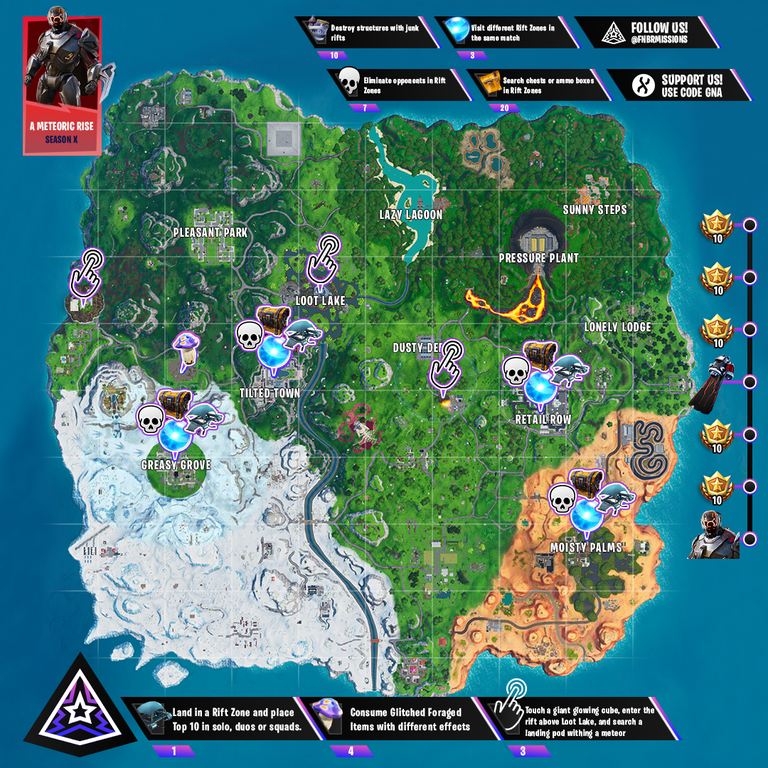 Here’s a cheat sheet map for the “A Meteoric Rise” mission challenges that were released earlier today.

Epic released an image of the Fortnite Season 10 secret/mystery skin earlier today, which is named “The Scientist”. Along with the release of the Season 10 mystery skin, Epic also updated the decription of The Visitor skin.

Here’s the full list of challenges for the A Meteoric Rise mission: