by Khadija Saifi
in Concepts
14 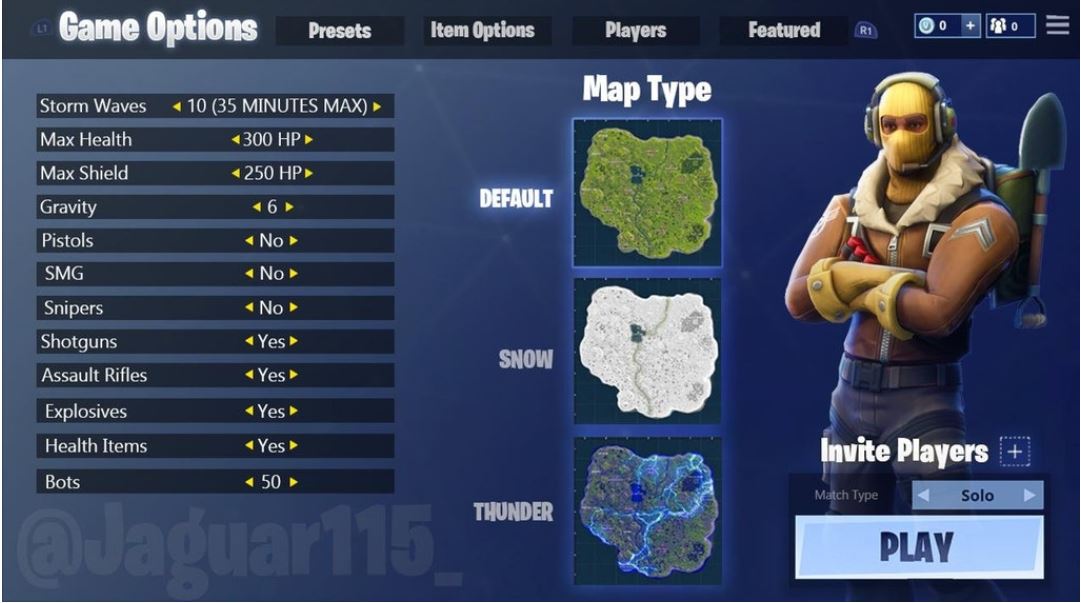 Players are eager for custom games to be released in Fortnite Battle Royale and Reddit user Jaguar115 has thought of a custom games menu that could be used:

Players will also be able to limit the type of guns that could be used in the match, so will effectively be able to replicate LTM’s that have launched in the past, such as Sniper Shootout and High Explosives.

There is also an option where Health items could be taken out of the game, so it would make players more cautious and could end the game quicker.

As players will be playing these game modes with friends, there is an option to add Bots to the game and so players will be able to replicate a full match with 100 players.

There is an added customization by Jaguar115, which will allow players to choose between having a Default, Snow or Thunder map. We haven’t really seen many changes with the weather in Fortnite, only day and night, so it will be interesting to see if Epic would consider having weather changes. This would affect player visibility and could possibly help players to hunt enemies down if there were footprints in the snow.