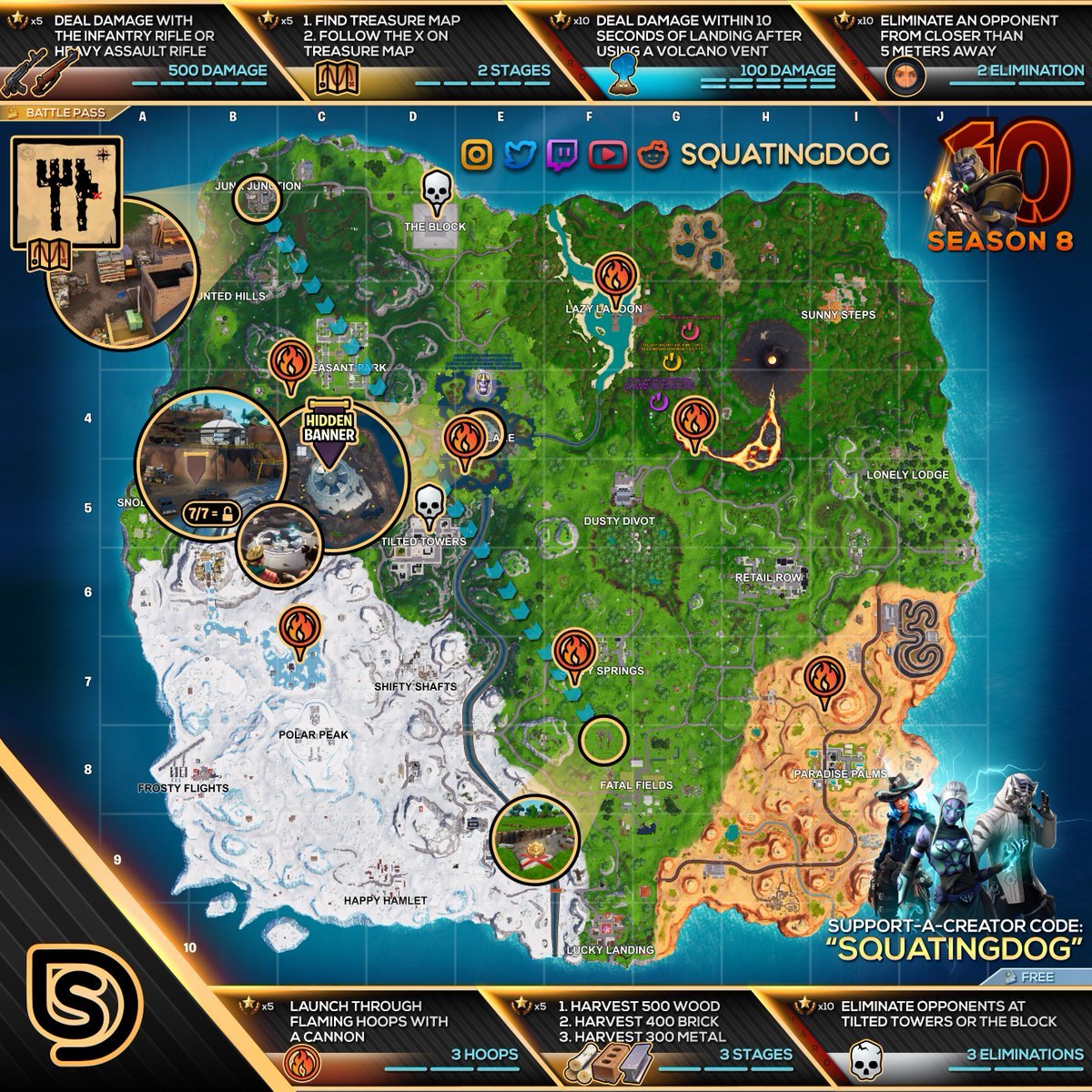 Struggling to complete the challenges for Fortnite Season 8, Week 10? Here’s a cheat sheet that’ll help you complete all of the week 10 challenges as quickly as possible.

The Fortnite Season 8, Week 10 challenges are now available to complete after unlocking at 3:30PM BST. This weeks challenges are the final weekly challenges for Season 8 with Season 9 expected to launch next Wednesday, May 8th.

With the week 10 challenges releasing and players needing to level up their Battle Pass and gain season xp, we have a cheat sheet for you thanks to The Squating Dog, and there are a couple of challenges where the cheat sheet will come in handy.

Here’s the Season 8, Week 10 challenge created by The Squating Dog:

It’s been fun and occasionally frustrating covering the Season 8 challenges. We’d like to thank everyone for using our site in order to complete the weekly challenges.

Here’s all of the Fortnite Season 8, Week 10 challenges: